Even though we already have e-mail, I think it will still take some time before we abandon snail mails. In the mean time, why don’t we give our plain old mailboxes a (fake) hardware upgrade? Here are a couple of ideas to get you started. I know we can do a lot better, because these are some ugly-ass prototypes.

This is the appropriately named Computer Mailbox , from Morgan Home Accents: 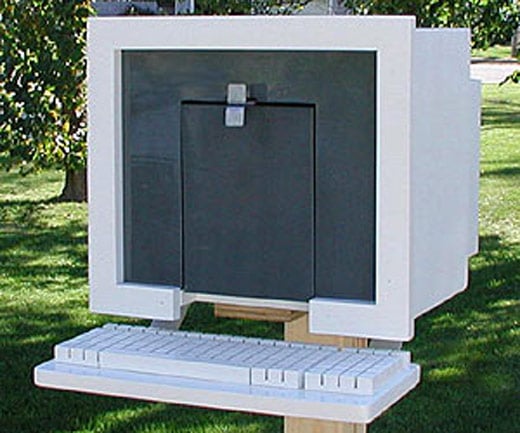 This 13″ x 12″ x 28″ case is not really the mailbox itself; the metal mailbox is accessible via the door on the monitor screen. Made of “heavy duty pine”, the computer mailbox is has lots of room for printing or sticking stuff on it, so you can put your business logo or your dog’s face or your family crest on it.  You can order your very own Computer Mailbox at Morgan Home Accent’s online store for $230 plus shipping. These fake PCs are expensive.

But what of Apple loyalists? They need ugly mailboxes too. I don’t know if anyone’s selling iMailboxes, but someone with initiative and an old G4 case went and made one for herself/himself: 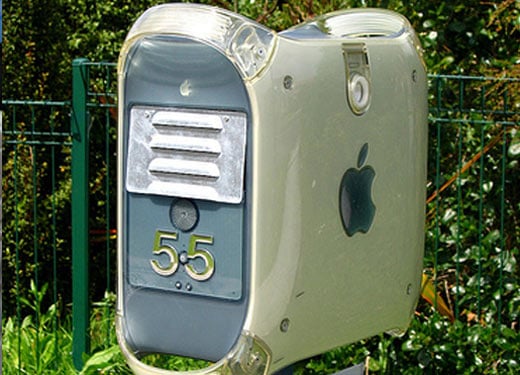 As of now computer mailboxes come form an opposite universe, where Apple-branded ones are infinitely cheaper than other computer mailboxes. Sure, they’re both ugly, but at least the other person didn’t pay for his ugly G4 mailbox.

So get your creative juices flowing and build your own computer mailbox. You never know, maybe you’ll be the next Etsy superstar. If there is such a title.

[via Nerd Approved and Geekologie]