Hey, You Got Your Camera in My Roll of Film!

There’s something just so wrong it’s right about this wacky camera. At first glance you’ll think this is just a gigantic roll of 35mm film. But pop open the side, and it reveals an actual 35mm camera under the hood. 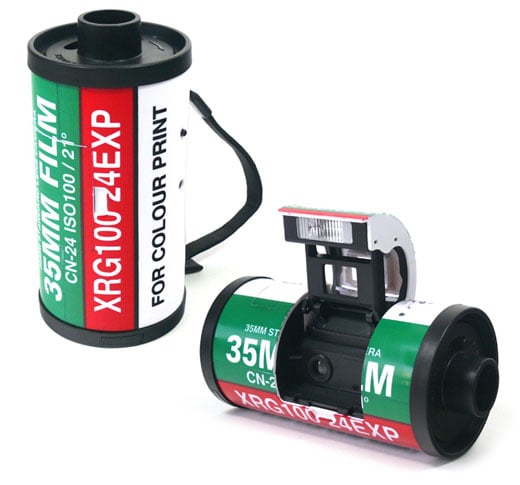 The thing that really makes my brain ache is the fact that you then load a roll of 35mm film into the back of the camera. It makes me wonder if that roll contains another tiny little camera inside of it. And another even tinier roll of film in there. Then another camera, followed by another roll of film, and so forth. Infinite recursive loop. Application FAIL.

Never mind the fact that this thing is called the Transformer camera, but contains no robots that I can see. Unless they’re really, really well disguised. 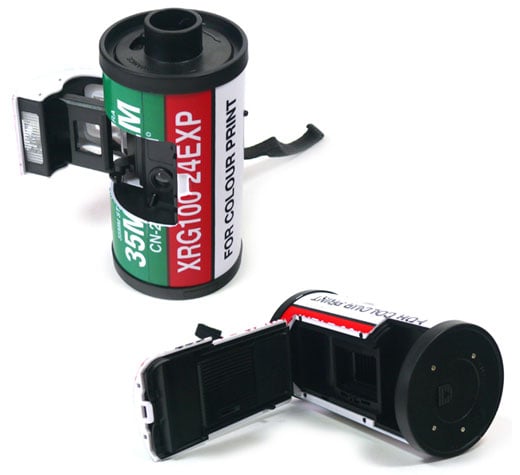 Thankfully, you have to go all the way to Korea to buy one of these, so hopefully your head won’t hurt too much because you’ll probably never own one. In the mean time, if you happen to live there, you can enjoy one along with your bowl of Bi Bim Bop. The 35mm Transformer camera sells for 27,000 KRW (about $20 USD) over at 10×10.