Play International Karate on the Go With the Commodore 64 Laptop 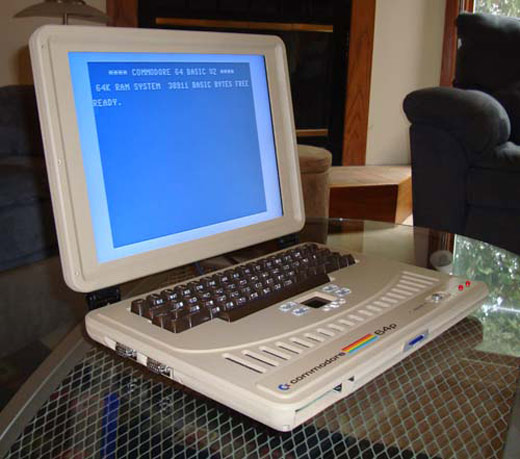 Heckendorn said that he was already working on a portable Commodore 64 back in 2006, but then he decided to re-do the whole thing. His goal was to make the laptop look like it was from the 80s, and I think everyone will agree with me when I say that he succeeded, because, as the modder himself said, “It just looks so beautifully ugly it’s great, like it came out of a time machine from an alternate reality 80’s where this existed.” 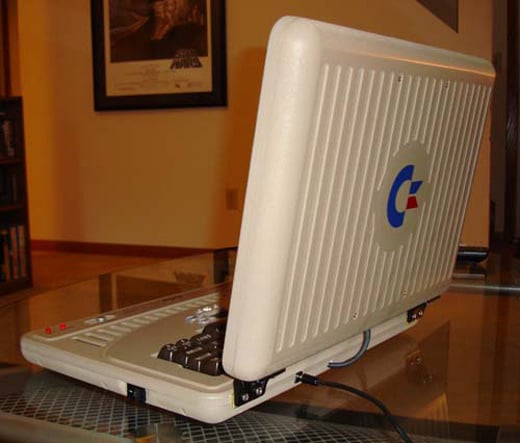 It’s not just the appearance of the laptop that’s retro because Ben Heck stuffed a C64C motherboard inside the laptop, as well as a Commodore 64 keyboard. Then he used a device called a 1541-III DTV that accepts SD cards instead of floppy disks for storage. The laptop is plugged into a semi-retro Gamecube power supply. 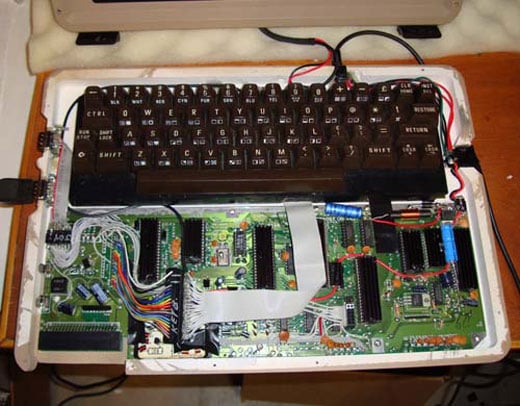 Heckendorn added a tiny LCD screen at the bottom of the laptop just for kicks, although he said that it also serves an aesthetic function as it fills up the empty space below the keyboard and makes the layout symmetrical to compensate for the irregular shape of the keyboard. 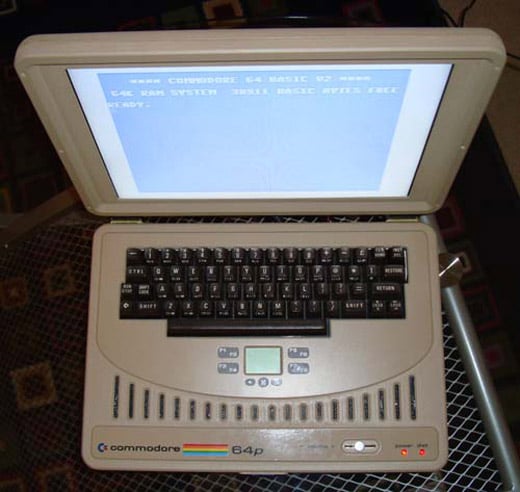 Although he can use the SD card to play games or use programs on the brand new old machine, Heck still added a cartridge slot at the bottom of the laptop. Here’s a video of the C64 laptop in action:

You can check out Heckendorn’s site for more pics and vids of his latest Frankenmod.