Deceptiphone: LG Promotes Transformers 2 With a Special Edition of Their Versa Model

At the recent CTIA show, LG unveiled the special edition Transformers 2 Versa phone. Since the upcoming movie is about the bad guys hitting back (but didn’t they start this while thing in the first place?), it’s only right that for the Transformers 2 Versa mobile phone to feature the Decepticon logo. 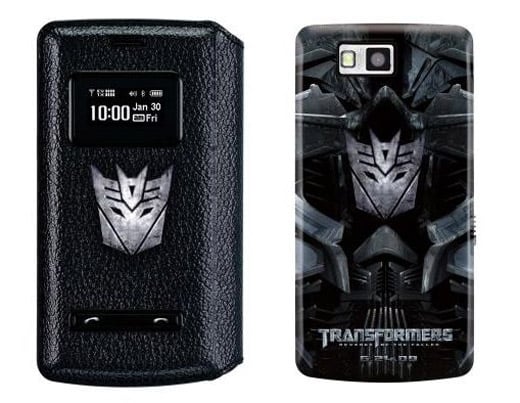 And no son, LG doesn’t care if you sulk and say that you’re not going to buy this phone because they didn’t put Wumblewee on it instead. According to their press release, the Transformers phone will only be available via “consumer promotions”. LG also said that the characters in Revenge of the Fallen used LG phones throughout the movie, so LG and DreamWorks are just scratching each others’ back.

What the hell. I’d rather have an Autobot on my phone as well. But if this phone can transform I don’t care if its Starscream or Reflector on its case. Unfortunately it’s just a Versa. That’s about all that meets the eye.