Only the Very Best Street Fighters Can Wear This Shirt

So you’re the Hadouken master in Street Fighter IV. Yeah, that used to mean something, but now, friends, you’re second tier. You’ve been kicked off the hill. Until you can throw down a little mood music on the piano with a flurry of buttons, you’re just small potatoes. 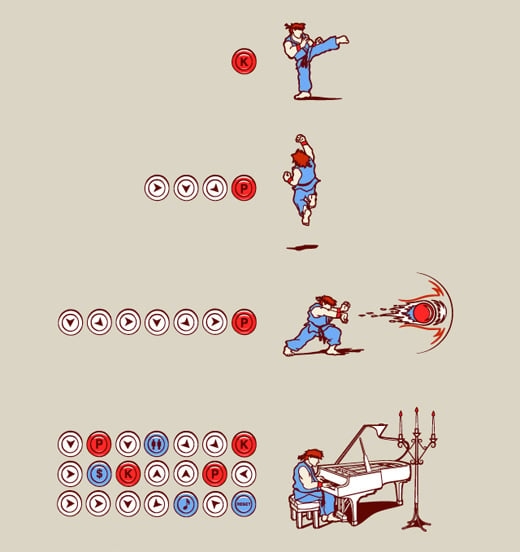 Looks like this super-excellent shirt is finally in production at Threadless, and has even been (color) corrected from the canonical problems noticed by a reader when we posted it before. The build-up in this shirt is as absurd as a David Foster Wallace sentence. Why make a small joke when instead you can go for something long, epic, and completely ridiculous? Love it. The candelabra is a nice touch.

“The Ultimate Combo” t-shirt is now available at Threadless and weighs in at $18.