BioShock 2 doesn’t even exist  yet and already the artisans of the world are hard at work on the sequel to 2K’s alternate-history title. A doll fashioned to look like one of the game’s Big Daddy characters was shown in the sequel’s beautiful (and creepy) trailer, and now that same doll has been recreated in loving detail. 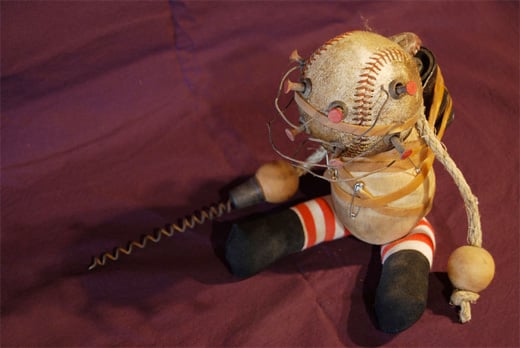 How cute! I could almost forget that he probably wants to kill me and just give him a big ol’ squeeze. The best thing? This adorable doll doesn’t include the sense of horror and foreboding I get with the trailer.

Haven’t seen the referenced trailer for BioShock 2? Climb out from under that rock and give it a watch.

This Media Player Looks Like a Tiny SEGA Saturn

Tales from the Multiverse