If you prefer sweatin’ with a Wii remote over doing the same with the “oldies,” you might be the target audience for the Riiflex. Also: those of you who really dig filling up your houses with Wii accessories, pay attention. In an effort to make Wii workouts more robust, one company has stepped forward to offer an actually useful Wii remote shell: hand weights that will hold your remote and nunchuk. 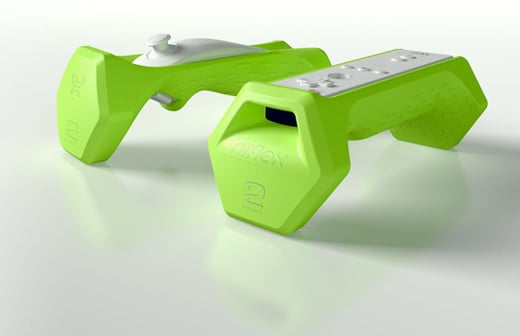 The Riiflex shells operate simply as cradles for the two parts of your controller, and add either two or four pounds to the weight of the remote and nunchuk. Gotta strip off that remote jacket, however… and you certainly don’t want to chuck these bad boys through your television. Wii remote accidents, take two? 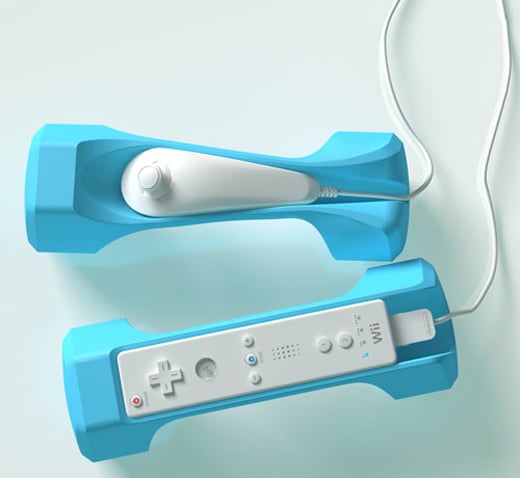 Of course, you’ll need your new muscles to wrestle with the price tag: two-pound Riiflex weights retail for a whopping $34.95, while four-pounders will run five dollars more. If you can handle big numbers and are serious about Wii workouts, however, you can preorder the Riiflex weights now.