Rockstar’s money-printing Grand Theft Auto series racks up millions because it successfully blends a free & open world with gripping stories; anyone who’s into video games knows how hard it is to find – or make – a game that does good on both counts. Like all good stories – whether in book, video or game format – the GTA series is filled with memorable characters. Although one can’t really say that any of them are role models, these characters have such rich histories and personalities that they make some real world people – like me – seem fiction in comparison. What better way to remember CJ, Tommy and the rest of the GTA cast than owning their Kubrick versions? 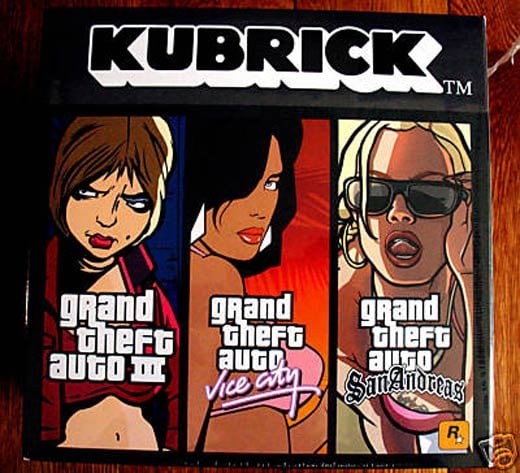 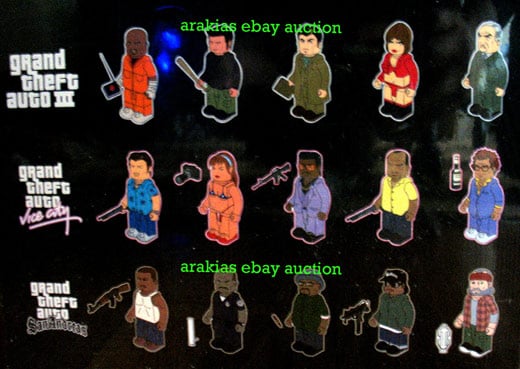 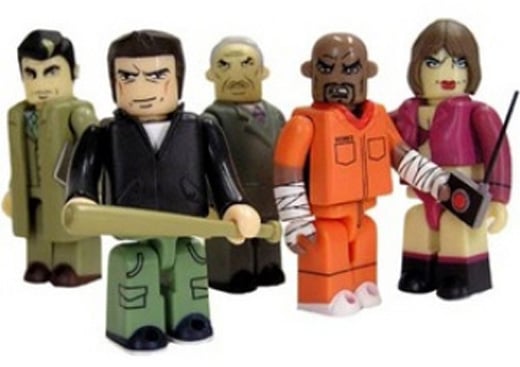 And here’s Rockstar’s homage to Scarface, Tommy Vercetti, plus 4 others from Vice City: 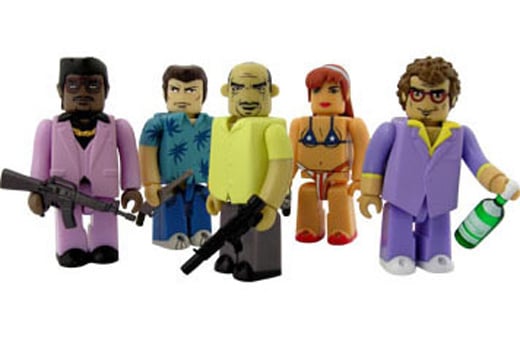 Honestly I’ve never been able to finish a single GTA game yet, but I want one of these Kubricks. Actually I want all of them. Unfortunately they’re hella expensive: bidding starts at $521 USD, and I think the auction’s ending a few hours from now. arakias claims that only 3,000 of each set was made, so if you miss this auction, you’ll have to do a bit of searching – and spending – to score these kickass figures.