Battery life is always an issue with portable gaming systems, especially with the PSP’s power-sucking UMD drive. You can always buy a second battery, but what if you also own a DS? Well if you own both then I guess you have enough money to buy a second battery for that one too. 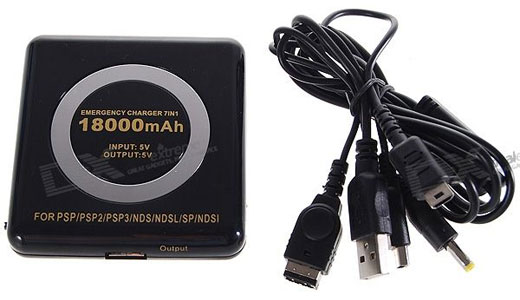 But if you’re looking for a cheap alternative, then you might want to check out one of Deal Extreme’s latest offerings: a portable rechargeable power pack that can be used to charge both the PSP and the DS as well as GameBoy Advance SPs, for the low low price of $12.19 USD. However, if you only own a Nintendo system then you can’t use this power pack, because it can only be recharged using the PSP’s charger. 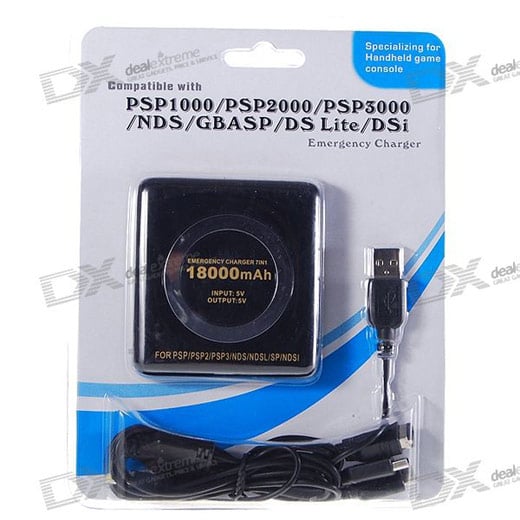 The portable power pack certainly passes Deal Extreme’s strict screening policy, a policy which takes into account two very important factors in determining whether or not to sell something on their website: 1. Is it cheap? 2. Does it have Engrish? Also, the power pack’s real capacity is 2400mAh, and Deal Extreme knows that, but they still included “18000mAh” in the title of the power pack’s product page. Why? I guess if you’re paying $12.19 for a multi-system battery, such concerns are invalid. 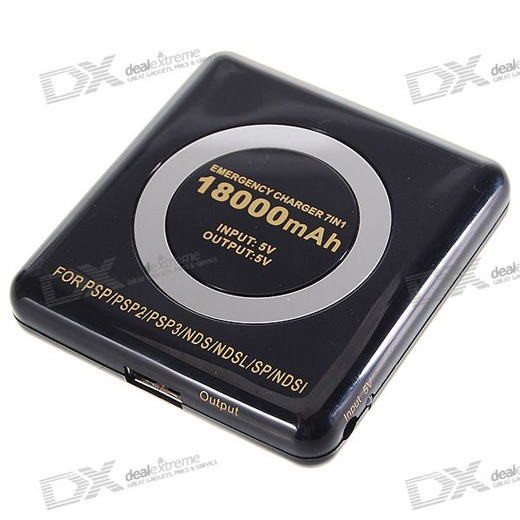 Okay I admit, the text on the back of the power pack’s packaging isn’t that bad. In fact, it’s concerned about the customer’s well-being, advising its user, “Do not be short circuit”.  Awwww, thanks power pack!