Giant Alien Kubrick Will Scare Your Other Toys Away

Alien will always have a special place in our hearts. A place I’d rather not have but is there anyway, a place where the most horrible ideas for creatures are made real, creatures like the facehugger, the chestburster, and the slimy evil main Alien. But I refuse to live a life of fear of non-existent creatures! I shall cast out these pants-wetting mental images of the Alien by looking at its 400% Kubrick version! 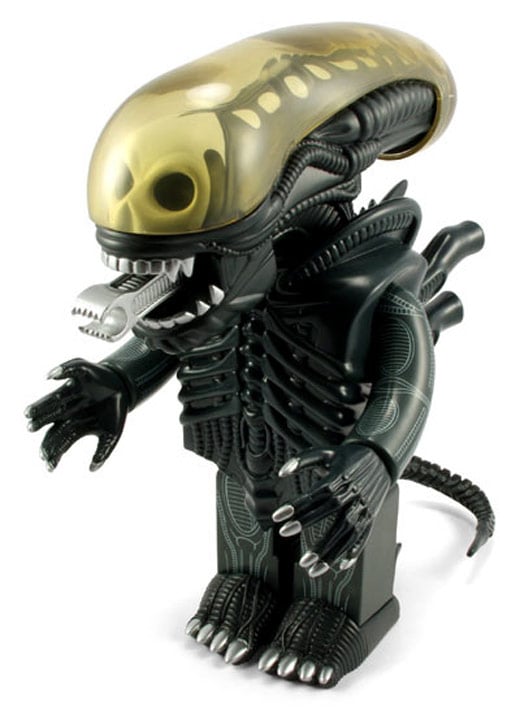 It worked! I’m not afraid of 11″ of cute plastic! This alien has a wrench for a second mouth! Haha! You too can be free from alienophobia! Just order the Giant Alien 400% Kubrick toy from ThinkGeek for $60 USD. If you’re still afraid of it, at least you won’t need a space shuttle’s engine to defeat it.