This flying saucer-like apparatus from Bandai is a modern day take on a classic kids’ toy – the spinning top. 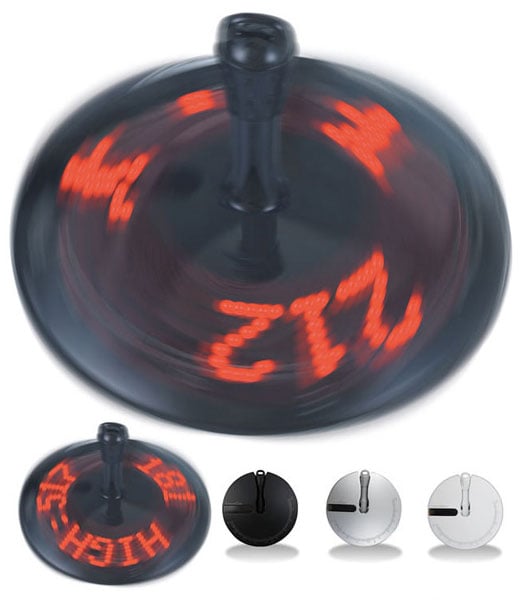 Just flip open the collapsing handle on the Bandai Luminodisc and give it a spin. As it goes round and round, a persistence-of-vision LED display tells you how many rotations your spin made. If you hit a certain threshold, you’ll see secret hidden messages and animations. There are a couple of game modes, like trying to hit 150 rotations in 10 seconds, and a really tricky mode called “Just 100” in which you need to stop the spinning at exactly 100 revolutions. And then there’s “Biggest Challenge” in which you shoot for 300, 400 or 500 revs without the top stopping.

In addition to the game modes, the Luminodisc works as a handy magnetic compass too. Just put it in directional mode, and a N-S-E-W directional indicator flips on the LED display when you spin it up to speed. 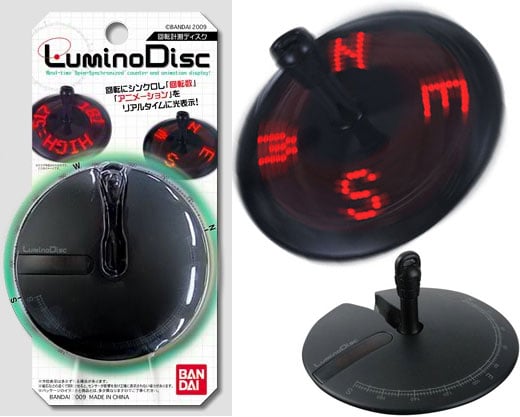