Nintendo DS owners and RPG fans alike have been looking foward to Square Enix’s Blood of Bahamut since the game was first announced last year, and now a few incredibly lucky people (in Japan) are going to have a chance to get their hands on the game (in Japan). Anyone have a Japanese address I can use to register? Oh, and also, can you inject the Japanese language directly into my brain? Thanks. 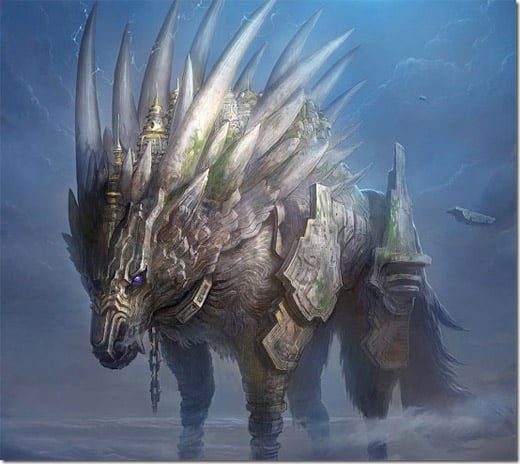 Square Enix site members are invited to apply for a chance to check out Blood of Bahamut in mid-May at the Square Enix headquarters in Tokyo, which means there will be loads of impressions available on the Internet the day after.

If you’re concerned about Square Enix doing something new, take heart; it’s not that different. This game will be full of espers you know (and maybe love). This is just taking some of the familiar imagery in a new collection. As for newness… well, considering Square Enix’s last new project was the fantastic The World Ends With You–also a DS title–frankly, I wish they’d stick to new projects for a while!