Recycle Your Old Batteries by Putting Them Inside Another Giant Battery

Here in Chicago, we just got started with a city-sponsored neighborhood recycling program. While they’ll collect and re-purpose much of your post-consumer waste, electronics aren’t on the pick-up list. But if you’re a gadget addict like me, you probably go through batteries like they’re going out of style. So while I can’t recycle my discarded batteries through the city, I still need a way to gather them up until I figure out a good way to recycle them around here. 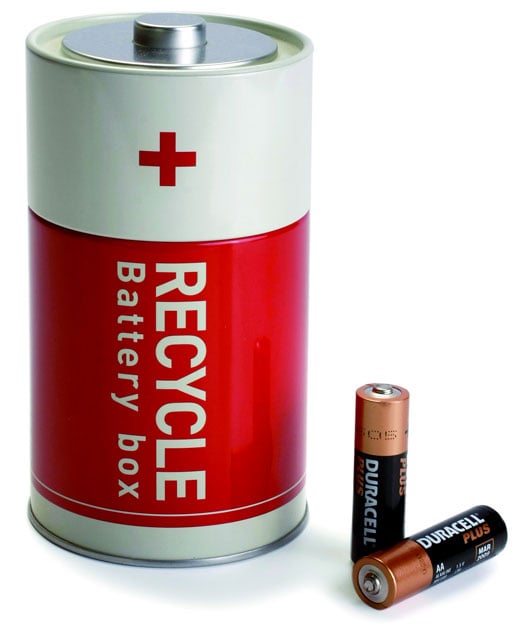 This clever battery recycling box by Luckies of London looks like a giant cousin to those batteries you were just about to throw in the trash. Just load up the cylindrical metal container with your deceased batteries, and once it’s filled up, head on over to your local electronics recycling center. By recycling your old dead batteries, you’ll be doing something good for the earth, as throwing them out in the regular trash can leak hazardous heavy metals into the soil as the exterior shell corrodes. 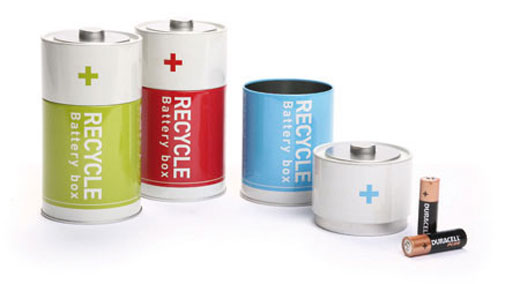 You can grab the battery recycling box over at UK gift shop Prezzybox for £6.95 (appx. $10 USD). And wheneve you can, try and use rechargeables – you won’t have to throw them out nearly as often :)