It sounded like something from a Penny Arcade panel, but in reality, it’s the newest Rock Band game: LEGO Rock Band, complete with minifig musicians with blocky little instruments. The toyed-up version is due this holiday season, not long after The Beatles: Rock Band. 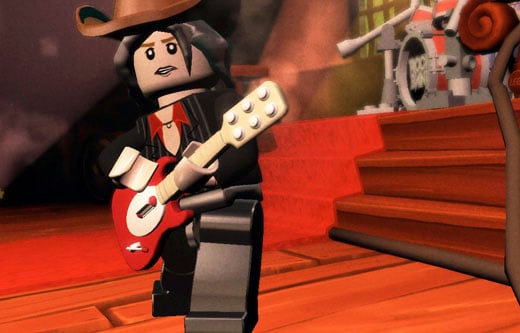 At this point, I would typically make fun of the silliness (and potential awesomeness) of this title, but I’m distracted by the Jack White-ness of the above character. The combination of guitar and outfit is a little too evocative, and Mr. White has been known to wear a few ill-fitting hats here and there over the years. But the necklace throws it all off (though not quite as hilariously as the LEGO chest hair in another screenshot. So instead, it seems they’re just going with “minifig rock dudes who look like they might be actual rock dudes.” That’s a fair approach. 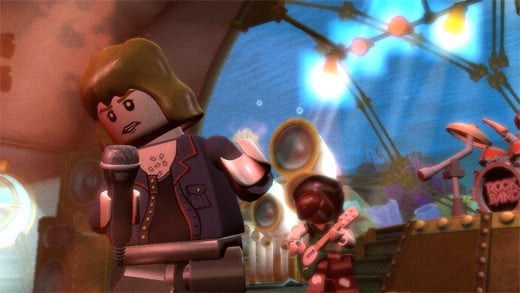 So Jack White-ness (and my own personal White Stripes obsession) aside, it looks as though the LEGO and Rock Band franchises will both be well represented here in a fun combination that should add a new dimension to music gaming.

A partial track list was revealed as well, and it’s likely we’ll see more announcements as we get closer to the game’s release date.