I’ve seen plenty of portable retro video game systems in my travels, but never one that attempts to cover as many bases as this one. 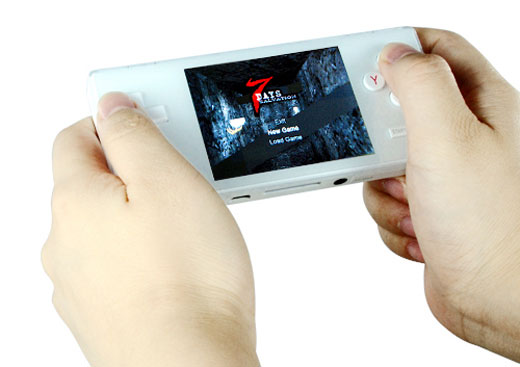 This Chinese import plays 8-bit, 16-bit and 32-bit titles from 7 different game platforms in one compact system. While it sports a less than thrilling name, the CVFH-N03-4G (aka the Dingoo A320) can play thousands of games from the NES, Super Nintendo, Sega Genesis, Nintendo Gameboy Advance, SNK Neo-Geo consoles, as well as the CAPCOM CPS1 and CPS2 arcade systems. The system features a 2.8″ QVGA (320×240) display and can also output to your TV. 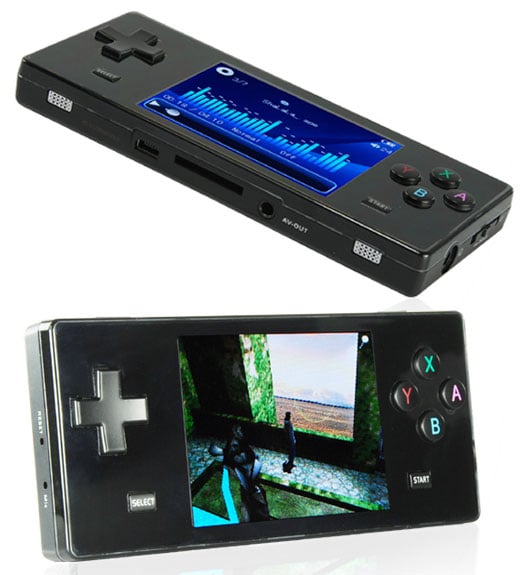 Now how you get game ROMs to play on the system is up to you, but once you do, you can load up the portable system with up to 4GB of games and other media files and can even play some Flash-based games. There’s also a mini-SDHC slot in case 4GB isn’t enough to whet your appetite for storage. In addition to retro games, the portable can play your audio and video files in a wide variety of formats. There’s also an FM tuner, voice recorder and e-book reader along for the ride in case you get bored with all of those classic games. Check out the video clip below to see one of these in action:

The CVFH-N03-4G/Dingoo A320 multi-platform gaming handheld is available over at Chinavasion in both black and white versions for $87.31 (USD) each.