Online retail giant Amazon is further expanding their downloadable video game section with WiiWare titles. As we reported previously, XBLA downloads came to Amazon earlier this month, though as yet, there is only one WiiWare title available: cult hit World of Goo. 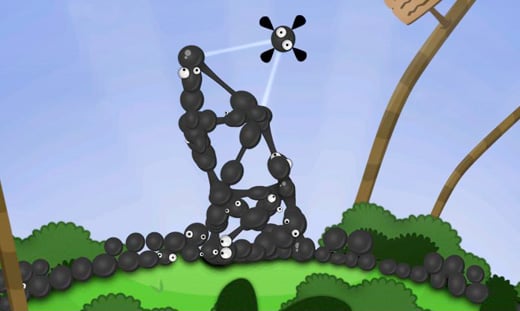 World of Goo, widely praised as one of the best Wii experiences so far, is an excellent launch title for Amazon’s service, though unlike XBLA titles, the conversion of Nintendo Points to dollars is much simpler than that with Microsoft points: one hundred Nintendo Points equals one dollar. That doesn’t mean it isn’t convenient to see a price in dollars, or to do your shopping through Amazon. And while the Wii has a gift-purchase feature for direct Virtual Console and WiiWare downloads, this way, non-Wii owners can buy games as gifts. Everybody wins.

World of Goo is $14.99 at Amazon, and is worth every little cent. Can’t wait to see what’s available next!