Fc Mobile 2 the Best Portable NES Gets a 1up

It wasn’t all that long ago that the guys from Hyperkin released the FC Mobile, a portable gaming system that could play original cartridges from your old NES console. Now, they’re getting set to release an update to the system that makes it just that much more compelling. 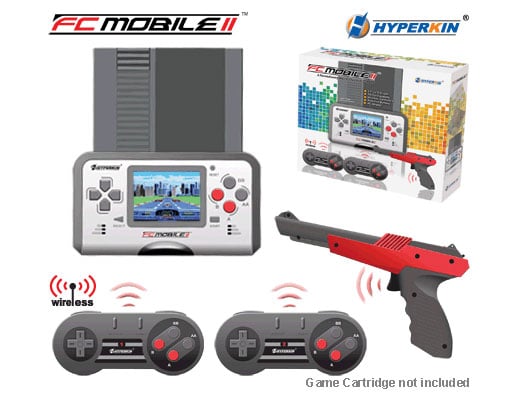 The FC Mobile II improves upon the original FC Mobile by bundling a pair of wireless joypads and a wireless light gun so you can use it as both a handheld and a full-fledged Nintendo Entertainment System (clone) that you can hook up to your television and even play two-player games on. And of course, you’ll finally be able to play Duck Hunt the way it was meant to be played. 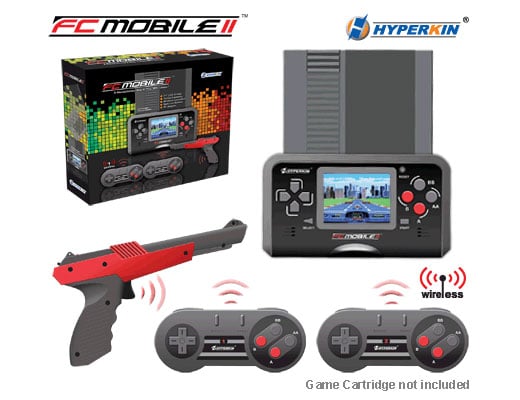 In addition to the wireless controllers, the FC Mobile II will get a design upgrade that makes the system a little less like a bubbly Sega Game Gear, and a little more in line with the classic NES aesthetic.

Sure, there are plenty of cheap-o emulator systems out there that can run bootlegged ROM files, but the FC series is your best bet if you happen to have a stack of legit 8-bit carts lying around, or frequently troll the flea markets looking for elusive golden Nintendo World Championship cartridges. Or maybe you just like your games to be bigger than your consoles.

Hyperkin expects to start shipping the FC Mobile II in early May, and you can pre-order one now over on eBay for around $60 USD.