I’m torn. The opening cinematic from the upcoming PS3/360/PC version of the Ghostbusters game. The Ghostbusters themselves look pretty accurate. Waves of paranormal something exploding through the city? I’m down. But then I watch the people move, and a little piece of my childhood breaks off and floats away. 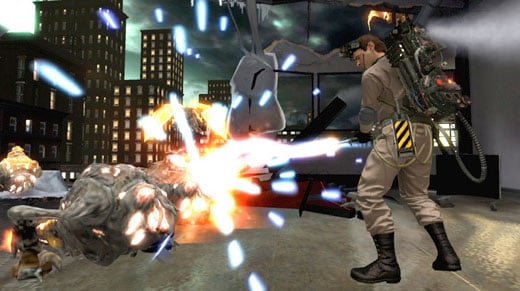 I think the unnatural movements in the footage are actually more pronounced because the characters look so good! Oh well–so long as the story has that classic Ghostbusters humor, the game will probably be worth looking into. We’ve got (almost) all the original talent; all that remains is to see if we’ve got all the original laughs.

The game is slated for release this June, the same week the original films are due to be released on Blu-Ray.