deviantARTist GlassCamel has found a way to defeat the Decepticons once and for all: render them as completely helpless (and cute) plushies. Felt has really got to be the least threatening fabric in the world. You just can’t hurt anything if you’re made of felt. 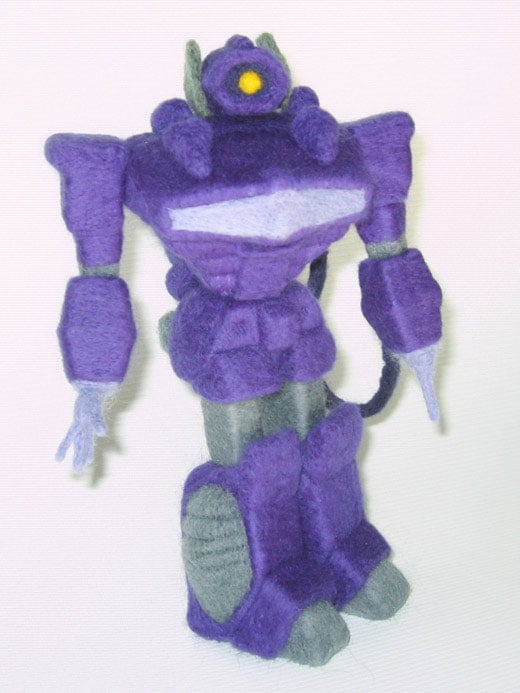 It took quite a bit of fabric, too, to craft this softie Shockwave–more than half an ounce, apparently. But that excellent shine? That can only be measured in units of wow. Choice of materials really makes this project stand out.

Shockwave isn’t the only Transformer to be found in GlassCamel’s gallery. This soft Ultra Magnus looks incredible: 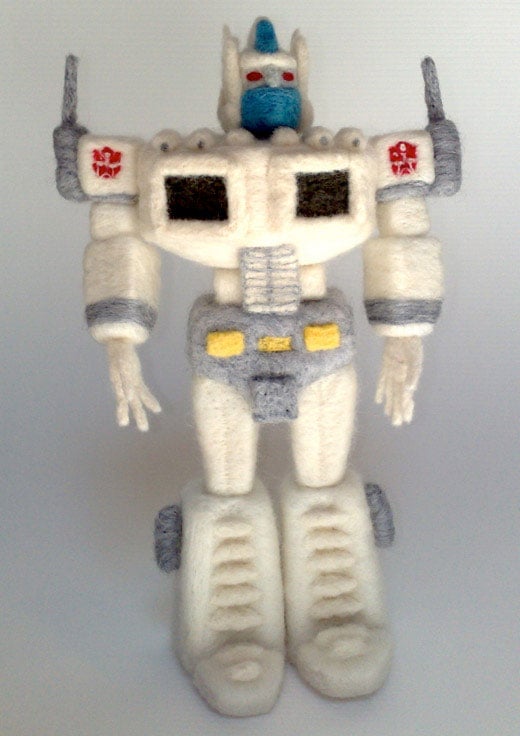 Amazing! Almost enough to make me want to take up crafty pursuits… until I remember that the old needle-in-the-fingertip is really uncomfortable. I’ll stick to ogling things on the Internet.