Sparkfun’S Autonomous Vehicle Race: Autobots,Rollout! No, Not There! Get Back Here!

Modder-friendly electronics company SparkFun Electronics recently held what they hope will be an annual event called the Autonomous Vehicle Competition, which is basically a race of proto-Autobots around one of SparkFun’s buildings. 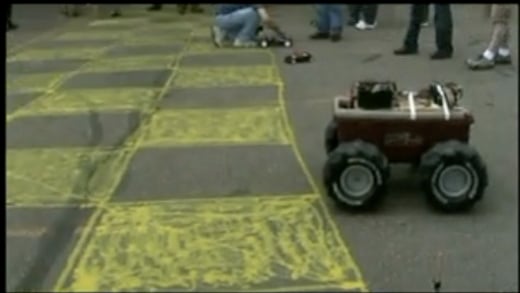 The contest was initially employees-only, but SparkFun realized it would be much more fun to have their customers join so that was what they did. Sixteen robots in all shapes and sizes – some ground, some aerial – participated in the race. How many of them finished? Two.

Blurr they ain’t, and judging from the results we still have a long way to go before we see transforming vehicles. Watch the video and you’ll see that the teams already had their hands full just trying to stop their creations from killing themselves. The teams mostly failed on that account, but they still had a lot of fun anyway. 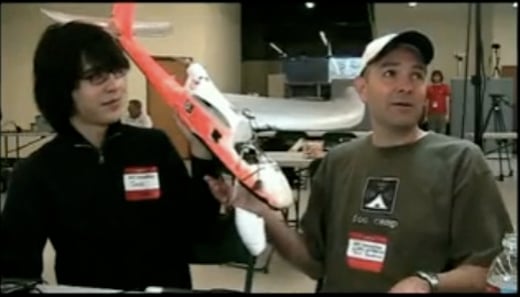 WIRED’s Editor-in-Chief Chris Anderson’s team DIY Drones (pictured above) bagged first place. Their UAV clocked in at 36 seconds, while second-placed Deathpod 3000 (below) took nearly three times as long at 1 minute and 32 seconds. Which is kind of unfair really, because it’s a ground vehicle going up against a Decepticon plane. 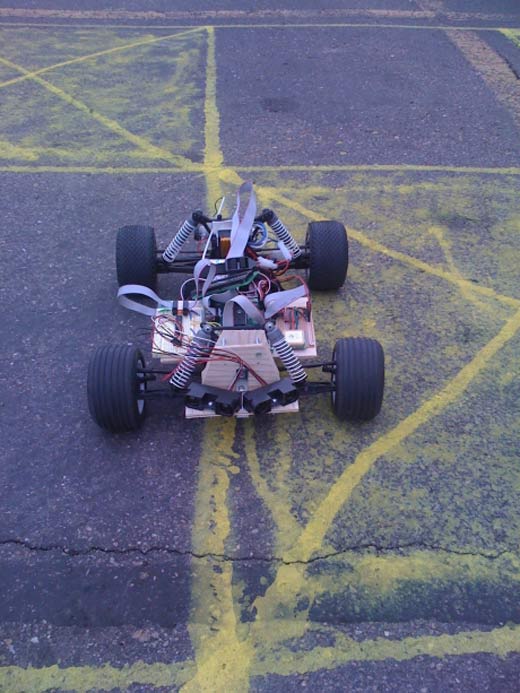 Awesome. I wish we had more robot contests, like ASIMO versus a Roomba or something. These demonstrations are really comforting; at least we know we’re not going to be enslaved by robots anytime soon.