While these lumpy cakes certainly aren’t the most precise video game inspired baked goods I’ve featured here on Technabob, this is definitely the first time I’ve seen so many console cakes congregated in the same place. 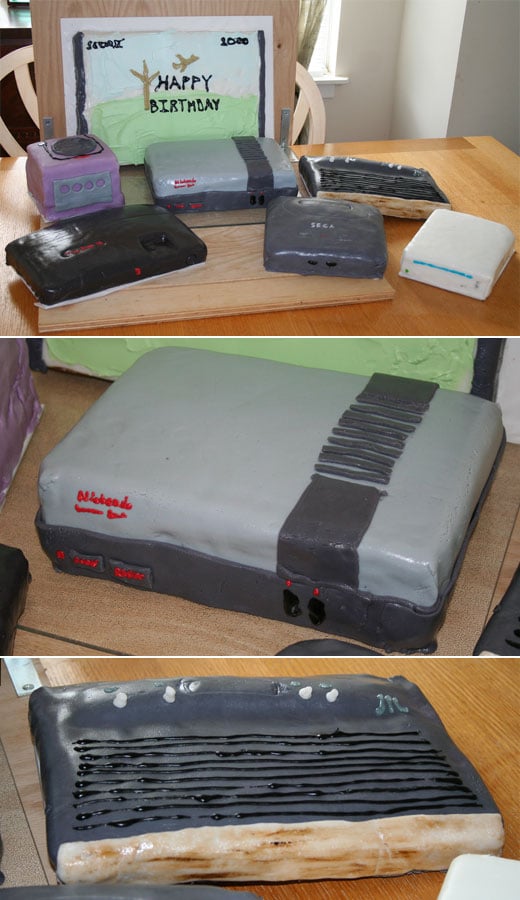 There are cakey versions of the Gamecube, an NES, an Atari 2600, a TurboGrafx-16, a Sega Genesis and a Nintendo Wii all gathered around for a game of Duck Hunt on an edible TV. More pics of these delectible consoles can be found over on BFedRec’s Flickr cakes album.