There’s only one thing better than blasting waves of alien dudes, and that’s doing it with a buddy. Even better than that? If, when the opportunity presents itself, you can also take potshots at said buddy. Everyone is an Invader, a Space Invaders variation, pits two players against both aliens and one another in a free-for-all of shooting madness. 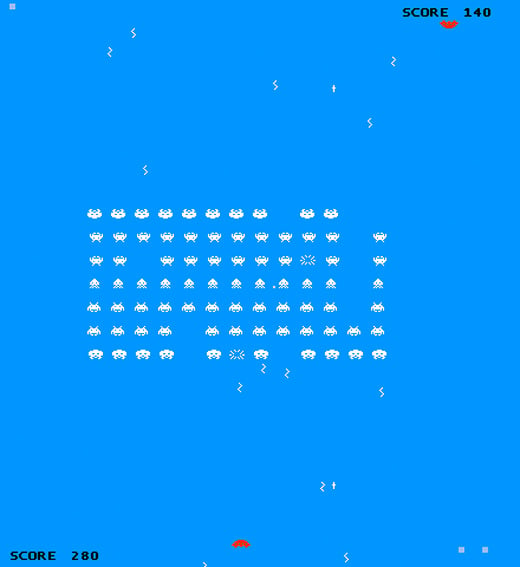 One player gets the bottom of the screen, and while the second is in a mirrored position at the top… so watch out for those shots that slip through the ranks of alien ships.

I can hear it now: But wait! Hasn’t this been done before? Indeed, but Midway’s Space Invaders II is hardly a favorite among the long-running franchise’s games, so it’s nice to have an alternative. Everyone is an Invader is a simple, no-frills approach to two-player invading, and that makes it a worthwhile experience. Why not try it for yourself? You can grab a copy of the game here (Windows .EXE Download).

[via Some Gaming Required via auntie pixelante]