Somniloquy: the Future Will be Filled With Environment-Friendly Pirates

People leave their computers on for a long time for various valid reasons: when backing up, scanning malware, reformatting and restoring because the malware couldn’t be removed, installing SP3 for the third time, downloading a large file via torrent, and being infected again. And that’s the digital circle of life.

Seriously though, computers waste a lot of energy while performing such tedious tasks. But fear not, Mother Earth, a bunch of geeks are working on an energy saving device that will maintain a computer’s essential functions while consuming as low as 10% of the power normally used by a regular PC. 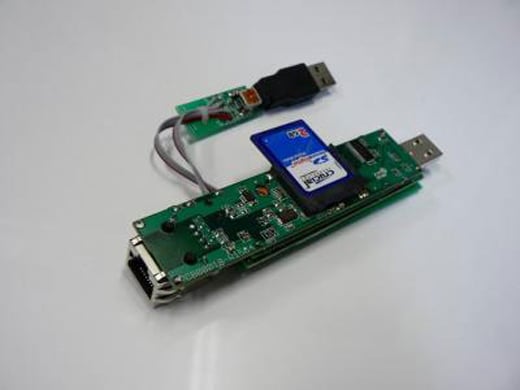 Computer scientists at the University of California in San Diego and  *gasp* Microsoft Research have come up with the Somniloquy, a USB dongle that is basically a barebones PC, complete with an OS, flash memory, and network connectivity. The idea behind Somniloquy is simple: if your computer has to perform nothing but a single time-consuming task – downloading all episodes of Top Gear for example – Somniloquy will take over while your computer goes to sleep: “Somniloquy essentially takes over as the computer’s presence on the network while the actual PC is asleep by operating at the computers’ network interface. In effect, it impersonates the sleeping PC to other hosts on the network.”

What’s more, Somniloquy can wake up the “main” computer if needed. For example, if its flash memory gets filled up, it can wake up the main computer and transfer its files, and then tell the big guy to go to sleep again. The people behind the device hope to shrink it further so that it can be installed into a network card, and hopefully into all computers.