Mass Effect Coming to iPhone, Hopefully the Elevator Rides Will be Short

You’re probably aware that the sequel to Bioware’s blockbuster action RPG Mass Effect is already in the works, but did you also know that a prequel will also be released? And that it’s on the iPhone? Well now you do. 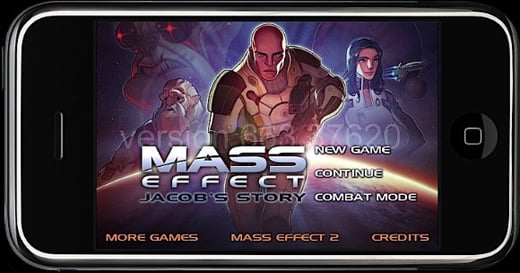 The new game was leaked by a Joystiq reader, and according to the info the game’s protagonist, Jacob Taylor, is “a biotic-powered super-soldier who stumbles across a plot to terrorize civilization’s greatest beacon of hope.” For a second there I thought the enemy was after the bacon of hope. That would have been a better idea, because we’re all willing to fight for ordinary bacon, what more for the bacon of hope. 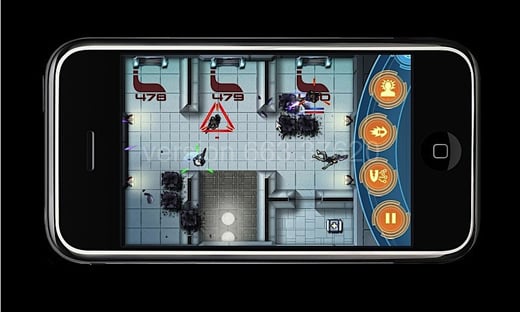 As you can see the game will be a top-down shooter ala GTA II. It’s supposedly a short game, clocking in at just 2 hours, half of which consists of elevator rides. Kidding. Marc DeAngelis over at thebbps thinks that the tactical aspect of Mass Effect will still be there, i.e. pausing the game to give orders or use tech abilities, as evidenced by those icons in the image above. And judging from the image below, yours truly thinks that the Paragon/Renegade aspect of the game will be there as well. 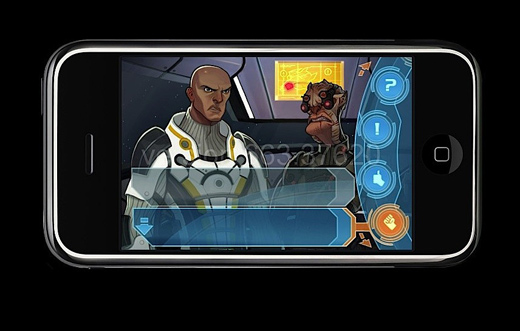 Mass Effect: Jacob’s Story will reportedly cost $3 USD, no word on release date yet. If this game becomes a hit, EA and BioWare might expand the Mass Effect story further, and may even release additional mobile games based on another franchise, Dragon Age. Trust me EA: Bacon of hope = $$$.

*Update: BioWare Community Coordinator Chris Priestly has clarified that the game is not a prequel but a side story of one of the characters in the upcoming Mass Effect 2, and he says that it’s not crucial to the lore of Mass Effect: “Consider it a “fun optional ‘extra’ game.” So should we still buy it? I definitely won’t, because I don’t have an iPhone.*