Looking for a serious arcade controller for your PlayStation 3? Then look no further than this new joystick from XCM. 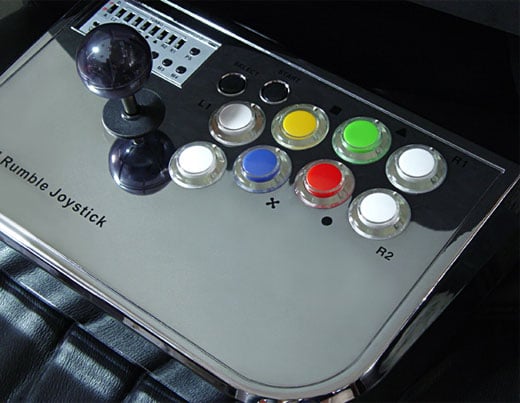 The XCM Rumble Stick not only gives your PS3 games that authentic arcade feel, but offers built-in vibration feedback under the hood – a rarity for arcade sticks. The beefy metallic controller weighs in at nearly 5 pounds and looks just plain awesome. I just love how this stick has bright LED illumination behind all the buttons and inside the joystick ball too. Yummy. 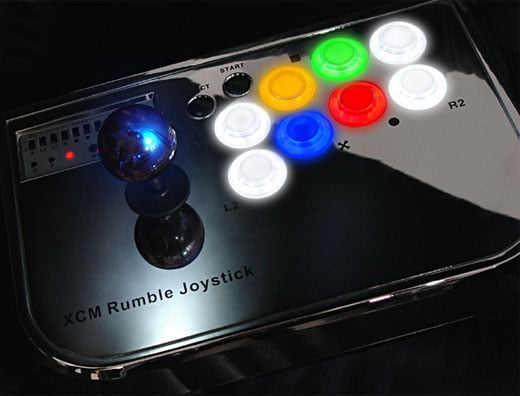 Also along for the ride are programmable memory buttons which can store up to 20 button and stick movements in a single button. Ryu and Ken will finally be able to pull off all those crazy combo moves with just a single button push. There’s also rapid fire and turbo control modes to give you that extra edge. 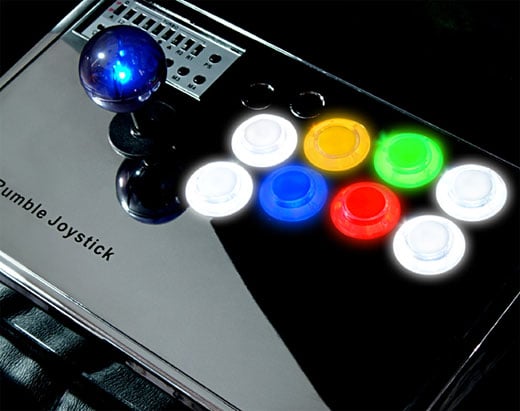 And Xbox 360 fans don’t have to feel left out. Just pick up an XCM Cross Fire Converter for $50 and you can use the same stick with your 360 too.