More pants-wetting robo-news here at technabob: A defective robot “generally used to lift heavy rocks” attacked and nearly killed a Swedish factory worker that was actually trying to repair the machine. According to The Local, the unnamed worker thought that he had cut off the machine’s power supply so he “approached the robot with no sense of trepidation.” 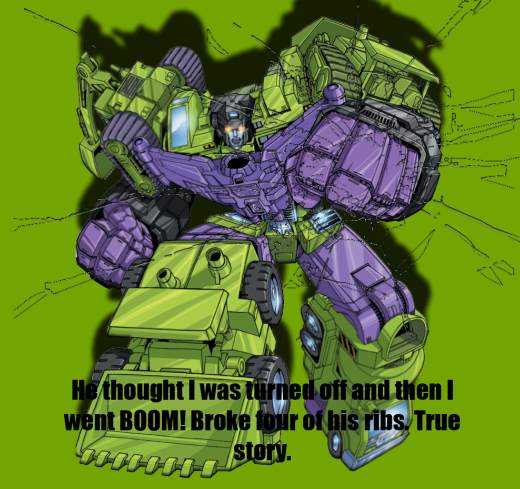 Unfortunately, the robot suddenly sprang into action and grabbed the man’s head. Let this be the 4th law of Robotics: Always approach a robot with a sense of trepidation.

Shia LeBouf The man managed to free himself from the robots’ grasp, but not before it broke four of his ribs. Public prosecutor Leif Johansson fined the company 25,000 kronor ($3,000 USD) for its “inadequate safety procedures”, but also acknowledged that the worker is partly to blame for what happened. Prosecutor Johansson is obviously a robot, as he did not fine or even reprimand the machine.