Designer Philippe Starck is known for creating goods with style, panache and a clean modern sensibility. Now the iconic designer has put his stamp on a home sound system designed specifically for iPod, iPhone and other digital audio sources . 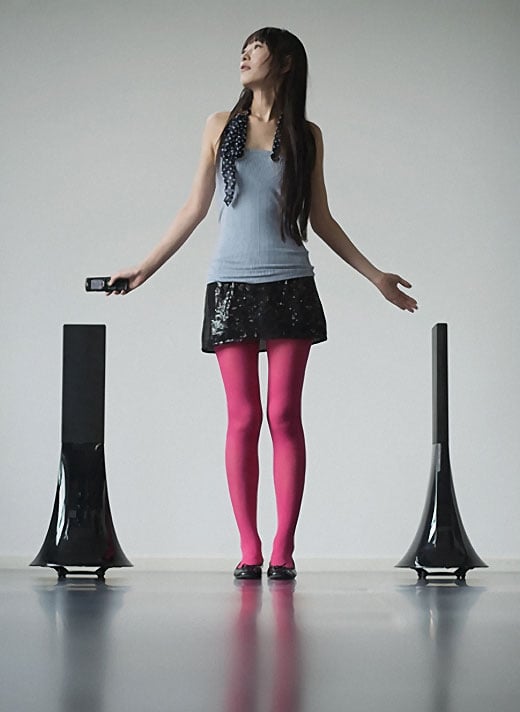 Created in collaboration with audio manufacturer Parrot, the oddly-named Zikmu (bless you!) speaker system features a pair of 2.5-foot tall black columns each reminiscent of the business-end of a trumpet. As a matter of fact, Starck ships the system in a recyclable package that’s designed to look like a certain brass musical instrument’s carrying case. 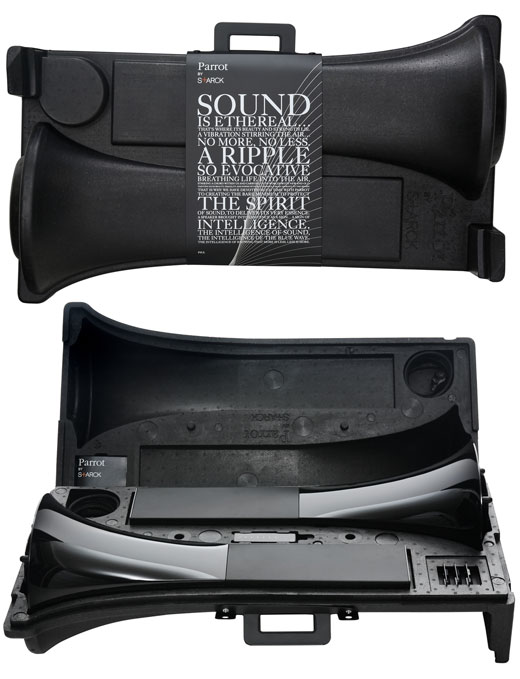 The Zikmu system offers not only iPod and iPhone docking, but can stream music from any PC or Mac over Wi-Fi or Bluetooth A2DP wireless technology too. The whole system can be operated by an included RF wireless remote, so line of sight isn’t required for operation. 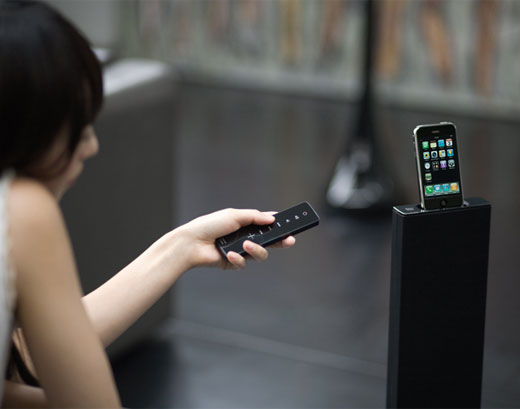 Sound is pumped out using flat membrane NXT speaker elements, and are designed to radiate out a 360-degree sound field regardless of where you place the speakers in the room. While this is something you might want for listening to music, I don’t know if you’ll want to play The Dark Knight through these if you want to preserve the originally-intended sound imaging. The class-D amplifier is rated at 100W RMS, and the speakers can output frequencies from 50Hz up to 20kHz. So while the highs and mids should sing, don’t expect a really deep bass boom. 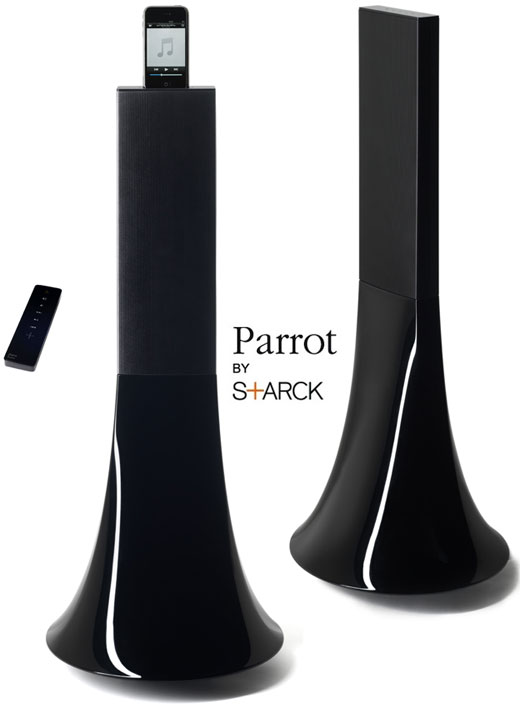 That said, a traditional sound profile wasn’t Starck’s intent. “We were not aiming to create just another speaker,” says Starck. “Our design focused more on making the air vibrate. There is actually a three-dimensional feel to this vibration, meaning that the air is palpable, almost humanlike in presence, like a fragrance.” Of course some perfumes are best left on the shelf. You hear me Drakkar Noir? 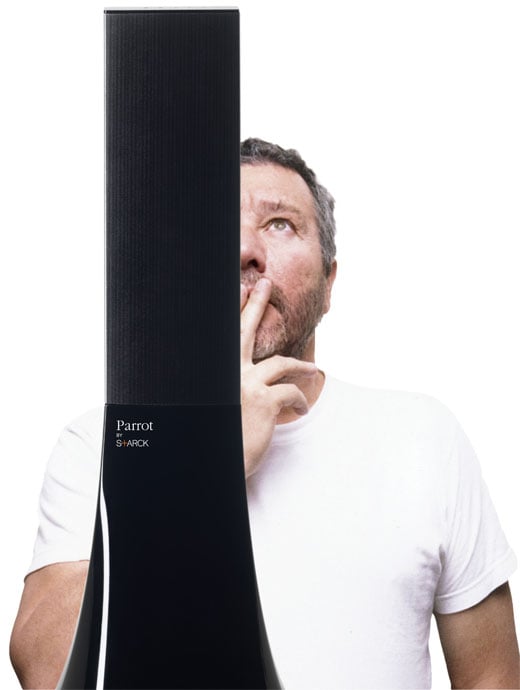 Priced at $1600 (USD) for the set, the Zikmu system definitely isn’t for those on a tight budget. The design sensibility and audio aspirations strike me as something that would look great in a high-end boutique hotel room more than the average living room. The Zikmu is available for pre-order now over at both Parrot and The Conran Shop, and should start shipping later this month.

For more on Philippe’s outspoken design sensibilities, here’s a brief clip of the designer shot by Fast Company during the Zikmu press roll-out: