There was obviously a lot of attention paid to detail in the building of this Lego Donkey Kong recreation, at least as far as those slanting red levels go. Not so much with the figures, but that’s okay–that’s part of what gives this Lego setup its charm. Look at the smile on Donkey Kong! He’s the most adorable barrel-tossing ape ever. 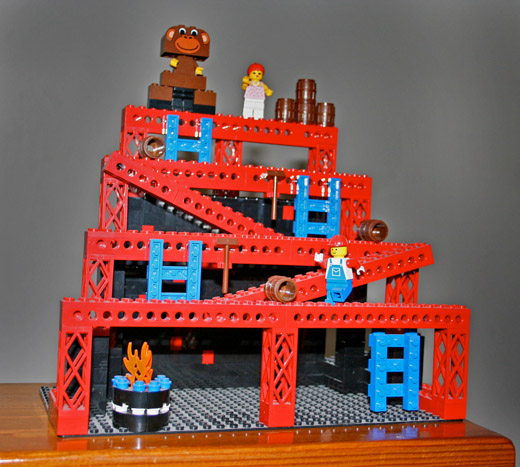 Despite my squealing over the smile on Donkey Kong’s face, however, I think that little fire is the best part. This project really reflects the qualities that keep these old games around in iconic status: simplicity and high fun factor. Of course Donkey Kong is silly; the whole concept is silly. So let’s put a happy face on ‘im.

Now I want to see giant Lego versions of the old man from The Legend of Zelda.