Crochet Tom Servo Will Make Fun of Your Yarn Projects

Everybody can stop with the geek-inspired crochet projects now. The contest is over and MageAkyla of Crafster has won the whole thing with this brilliant crochet Tom Servo from MST3k. 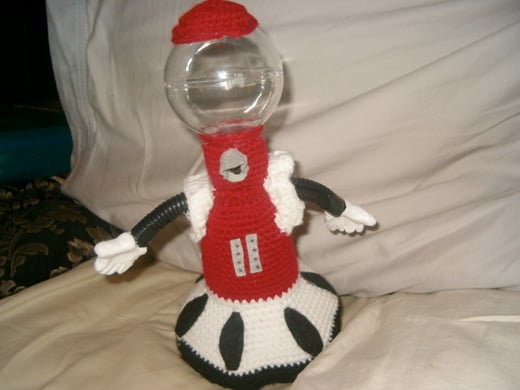 The only way this project could be any better is if it were bigger, or if there were thousands of crochet Tom Servos, or if MST3k was back on the air.

If you’re the crafty type, you can shoot for a tie in the aforementioned competition and make your own, as MageAkyla was kind enough to include not only a pattern for the body, but a breakdown of the other materials that went into the project.