Samsung Bd-P4600 Wall-Mountable Blu-ray Player: That… Thing is So Sexy

CNET has just reviewed Samsung’s BD-P4600 Blu-ray player, and they say that although it’s not the most cost-effective Blu-ray player in the market, it does pack quality performance, improved read and loading times and a sleek and sexy exterior.

The main selling point of the BD-P4600 is obviously its unusual looks. CNET summarized Samsung’s design philosophy into three main principles: “rounded corners, translucent red highlights, and a glossy black finish”. It’s a bit too fancy for my tastes, especially if I take into account that all that gloss translates into a more expensive, but not necessarily better, media player. In fact, CNET mentioned that the BD-P4600 uses the exact same video processing chip as its cheaper yet uglier sibling, the BD-P1600. 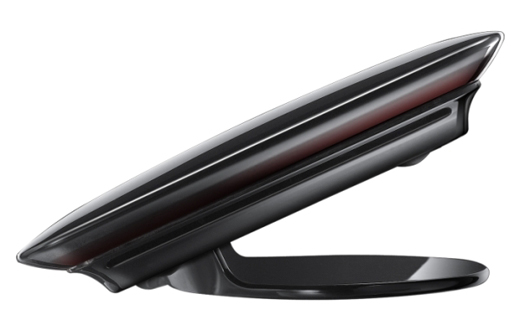 Like a lot of sexy and modern home entertainment equipment today, the BD-P4600 is thin, wall-mountable, and expensive. How expensive? Try $500 USD. That’s right: the BD-P4600 makes the PS3 look cheap. On the other hand, you can’t mount your PS3 to a wall, can you? The BD-P4600 also comes with a stand for those who aren’t bent on putting stuff on walls. Touch-sensitive controls and a slot-loading design round out the player’s fancy aura. 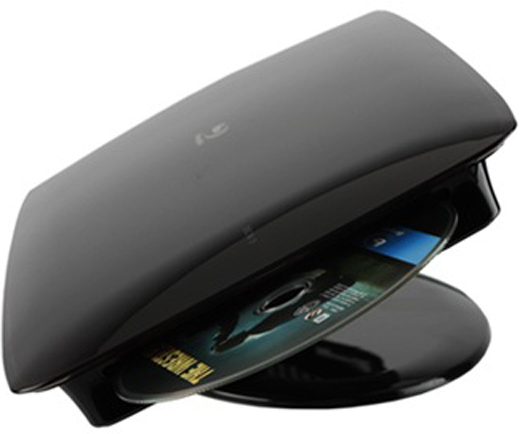 On the geekier side of things, CNET says that the BD-P4600 did very well both on their benchmark tests (Video Resolution, Film Resolution, and jaggies test) and in actual use; I think it made Ghost Rider almost watchable. Almost. The BD-P4600 also impressed CNET with its loading times: “…it’s the first one we’ve used that feels just as responsive as the PS3, and in some cases it also loads discs faster.”

Unfortunately, it wasn’t quite as good when the reviewers played DVDs on it, failing a couple of jaggies tests and overall had less crisp and clean playback compared to a Panasonic DMP-BD60, another cheaper yet uglier Blu-ray player. 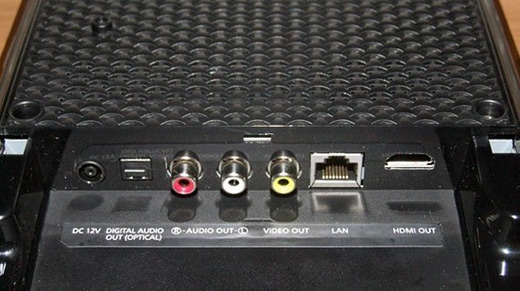 As you can see the BD-P4600 has a standard composite output, an HDMI output and an optical digital audio output, but no composite video output. It also has 2 USB ports. The BD-P4600 is capable of streaming Netflix and Pandora via Ethernet, but it also comes with a Wi-Fi USB dongle for wireless connectivity. It can also stream media from a connected PC. MP3, JPEG and DivX formats are supported, but AAC is not. The player also has 1GB of on-board memory, perfect for downloading and playing BD Live content.

Overall, I think the BD-P4600 has an awkward name for a sexy device. Oh and it’s for people who want more than something that works. You rich fools can get your own BD-P4600 at Best Buy for $500 USD.