Psp-3000 Hacked: One Small Step for Hackers, One Giant Step for Homebrew

And so it has come to pass: a group of developers calling themselves Team Typhoon recently achieved a breakthrough in hacking the PSP-3000 via member Davee’s ChickHEN Homebrew Enabler. As proof, a Team Typhoon member posted a video of ChickHEN at work on YouTube, adding, “This proves that the code survives a reboot and the system software and MAC address can be changed.”

However, the exploit is still in development and has limited functionality. Unlike the hacks for the PSP-1000 and PSP-2000, the HEN TIFF exploit does not allow installation of custom firmware, won’t allow a PSP-3000 to play backups of PSP or PSX games (such as those in .ISO and .CSO formats), load plugins or “touch the flash” of a PSP. That last one sounded a bit dirty. Anyway, Here’s the video of a PSP with 5.03 firmware booting on the HEN environment:

While the HEN exploit still has no PSP/PSX backup support, it can be used to run emulators – such as the GBA emulator gPSP, pictured below – as well as other homebrew games and programs, such as the well-known PSPTube. 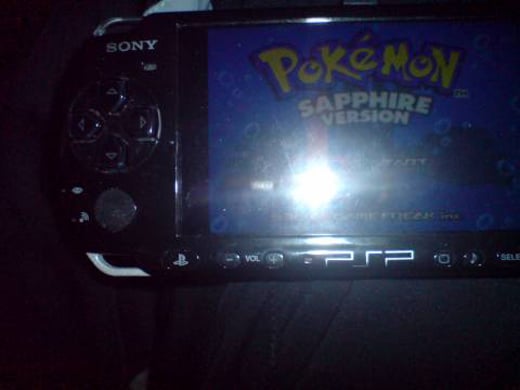 Head on to Davee’s website for more details on ChickHEN. You can also download the hack on his website, but make sure that a.) you’re running firmware version 5.03 and b.) you absolutely know what you’re doing, because if you break your PSP you only have yourself to blame. Hackers don’t offer no warranty; they break ’em.