Overturn: Everybody was Robot Fighting [Wii]

Looking to throw down with some giant stompy robots in a realistic, immersive way? Upset that virtual reality tech hasn’t swept in to take care of this for you? While you may not be able to climb into your personalized mech and brawl your heart out, thanks to a forthcoming WiiWare title, you will at least be able to do a little robot fighting. 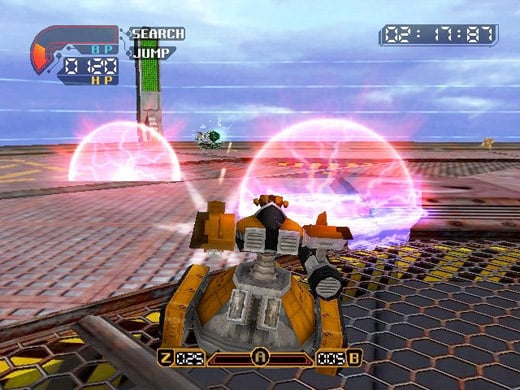 You may be thinking of games like Steel Battalion right now, and while that game was certainly one answer for all your robot combat needs, the game was pricey and the peripheral more so. Is there a cheaper solution? With Overturn, maybe so. Studio Zan’s WiiWare (that means cheap!) game features a “regular” control scheme using the Wii remote and nunchuk… and also a mode that supports the Wii Balance Board so you can get your feet into the game. So the combination is still expensive, but not as much as we’ve seen for similar items in the past.

Overturn hasn’t been officially announced for North America, but as the title turned up on the ESRB website recently, it seems a lock for the region. It’s already out in Japan.