Upon hearing the words “Batman Cooling Fan”, what pops into your mind? A laptop cooling fan with the Dark Knight’s logo on it? Perhaps a fan shaped like a Batarang? Or do you imagine a white, 4 in. tall figure wearing a black Green Hornet mask and a black fedora, with a bloody Batman logo on its chest? 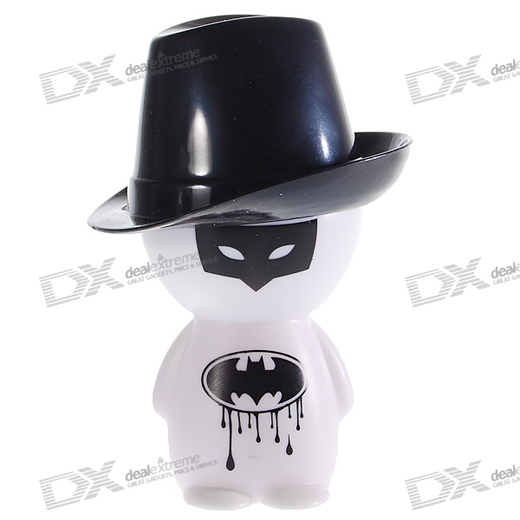 If you thought of the latter then you must be the one who came up with this cooling fan. You have a… unique way of thinking. I’ll give you that. For the rest of you who are as baffled as I am, the fan is mounted on top of Spaceghostgreenhornetdicktracybatman’s head. 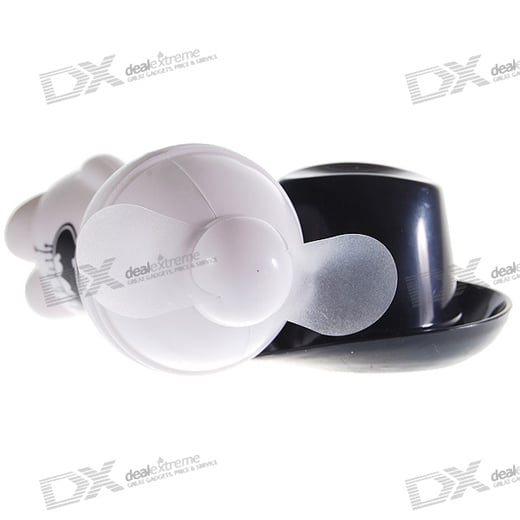 Obviously this Batman, like a lot of Batman action figures, has a theme behind it. You wanna guess what this Batman’s supposed to be? Inspector-Gadget’s-Ghost Batman? No. Stupid Batman? Close, but no. Cowboy Batman? Bingo. 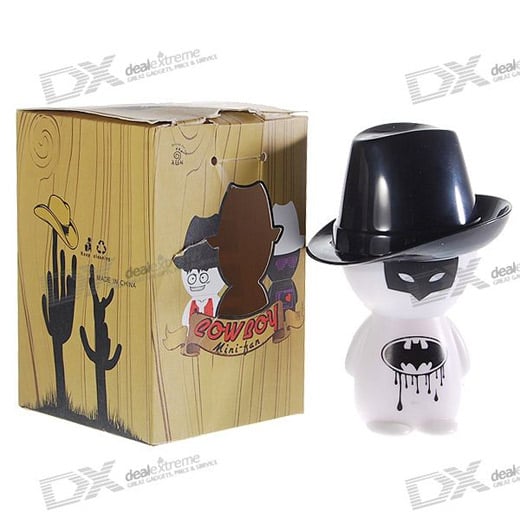 Cowboy Batman runs on 2 AAA batteries and is in all likelihood made by the residents of Arkham Asylum. You can get one for $3.68 USD at DealExtreme, although I see no reason why you should buy this, except to help jumpstart the economy (in China).