Remember the old Nintendo Game & Watch LCD games from back in the 1980s? These early handheld video games have always had a bit of a cult following, despite their primitive, repetitive graphics, and drab monochromatic screens with cheesy color overlays. And while there are certainly some rare ones out there that are worth hundreds or even thousands of dollars, here’s an idea of what to do if you’ve got one of the less popular ones lying around your basement somewhere. 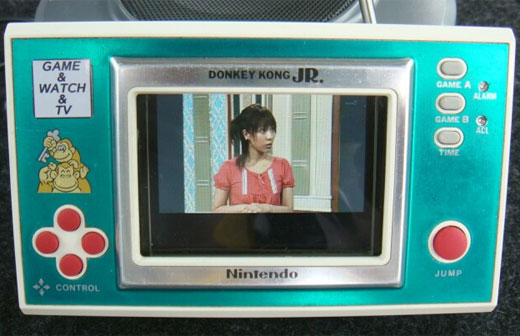 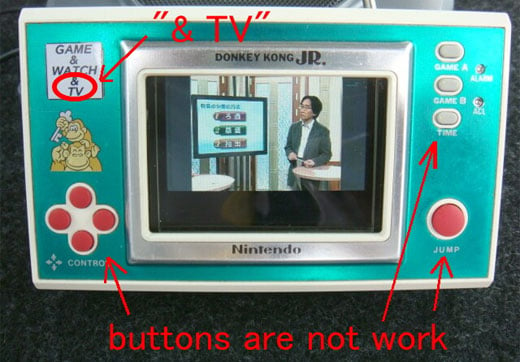 To get this hack working, Goteking gutted the old G&W, and glued a cheap $40 LCD TV to the back. Not a particularly complex operation from the looks of things. 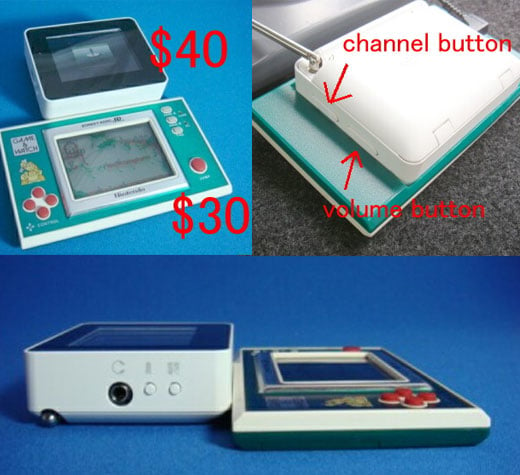 There wasn’t any room to keep the TV’s front-mounted speakers in place, so sound is provided by a gigantic external speaker that’s about 3 times the size of the Game & Watch & TV itself. It’s all very MacGyver of him. I guess the good thing about that is that this is one of those rare mods that even I could probably replicate. 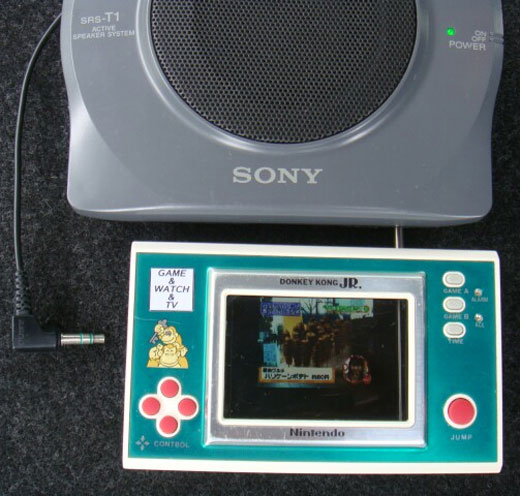