Bug Labs’ very geeky product is the perfect Modder’s Day gift. You see, BUG is a set of tools that lets you mix and match its components to build your own gadget, like LEGO but a hundred times geekier. Each BUGbundle includes a BUGbase, a touchscreen module, an accelerometer and motion detector, a GPS module with remote antenna, and a breakout module. 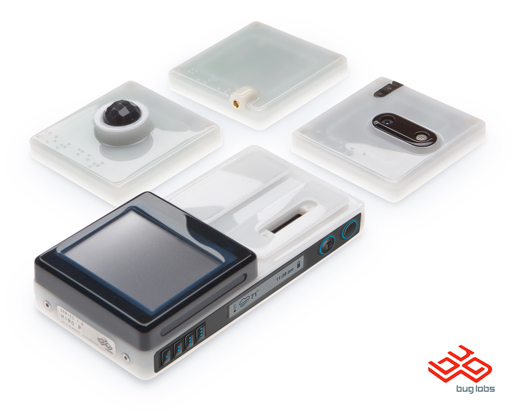 BUG runs on open-source software – BMI (Bug Module Interface) and a Java-hosted component runtime called OSGi. Users can create apps for their BUG gadgets using the Dragonfly SDK, which can be downloaded from Bug Labs’ website. 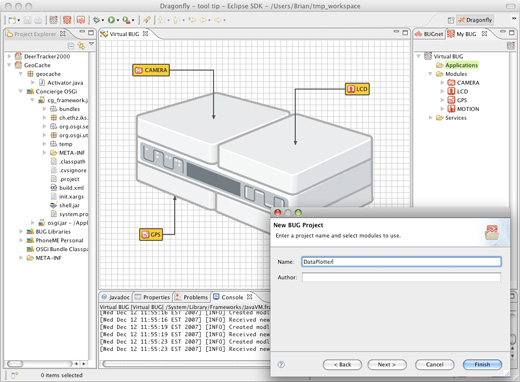 Like LEGO blocks, you can also buy additional modules and combine them with what you already have to create new BUG gadgets. Pictured below is a BUG gadget made of a BUGbase (as its name implies, its the base for all BUG gadgets), a BUGview touchscreen LCD module, and a BUGSound, an audio module equipped with a speaker, a mic and 4 mini stereo jacks. In other words, it’s a BUGPod Touch. 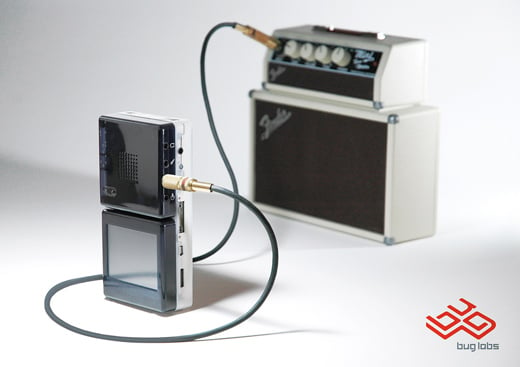 The only downside to BUG is that its a bit expensive: the BUGbundle costs $579 USD; additional modules sell for $60 – $120 USD depending on the module. But I think its a worthy product for those with the right skills and the knack for modding and inventing. Ben Heck can probably create the gadget equivalent of a Swiss Army Knife with the BUG system. Here’s a video of BUG in action from OhGizmo.