This amazing bit of mechanical technology not only can run on the ground, it can ascend difficult to scale surfaces like trees and telephone poles. 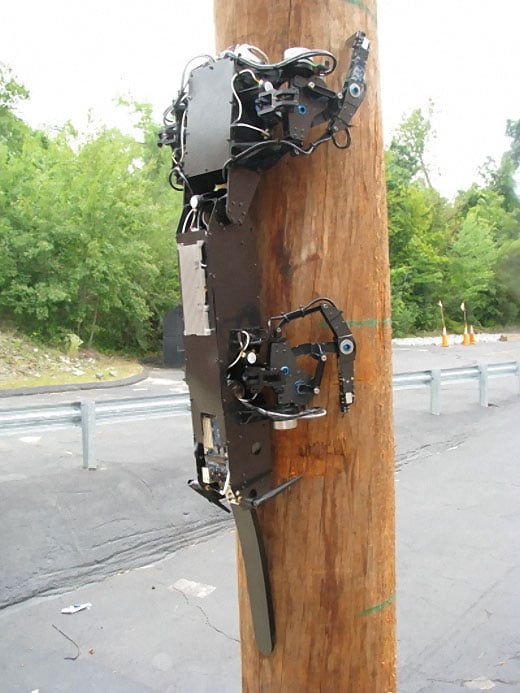 Designed by Boston Dynamics, working with researchers from The University of Pennsylvania’s Kod*lab, the RiSE V3 robot can work its way up poles without cracking so much as a sweat. The 28-inch long quadruped robot can make its way up vertical terrains at a rate of 21cm (a little more than 8 inches) per second. That’s definitely faster than I could climb a telephone pole. 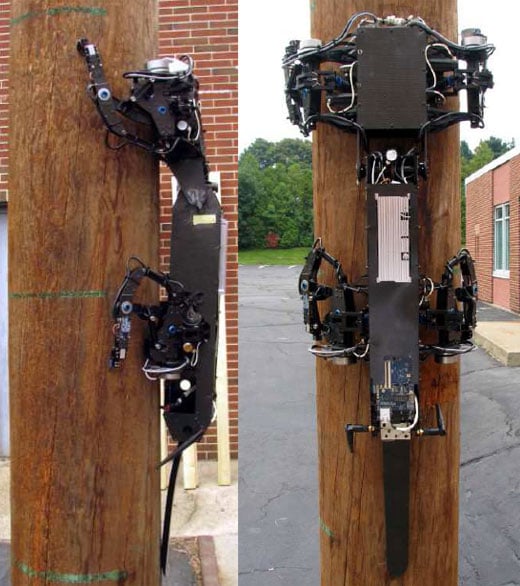 Created for use in search and rescue missions, reconnaissance and surveillance, the four-legged robot has claws crafted from surgical needles, letting it grip vertical surfaces. With claws like that, I’m really glad that Skynet hasn’t gotten their hands on an army of these. Yet.

While the RiSE V3 robot manages to quickly shimmy its way up a pole in the video clip below, they’ve still got it tied off to a rope so their precious creation doesn’t come crashing to the ground when it reaches the top of the pole.

And in another cat-like move, I’m not sure if they’ve figured out how to get it to climb back down to the ground safely.

[via Technology Review via Designboom]