German toy company Tucher + Walther’s tin toy-making methods have remained unchanged, going as far back to 1880. Want to know their secret? They have vampire craftsmen; the ones around now were the exact same workers that they had in 1880. Seriously though, Tucher+Walther are very proud of their techniques and their products, such as this steam-powered tin dragon. 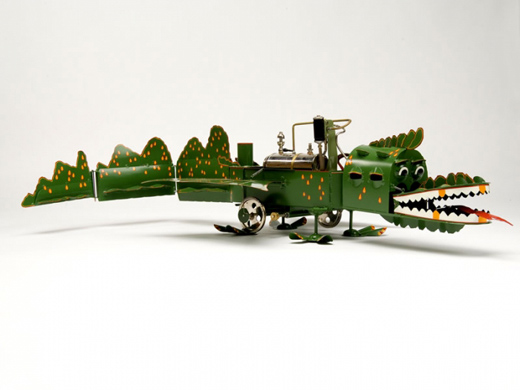 Each handmade dragon starts out as a piece of tin plate, which is cut into pieces and then fashioned to become the dragon’s parts. Once the parts are done, they are soldered by hand and fitted with a “nickel-plated brass boiler double-acting Wilesco steam engine”. After being painted and embellished by hand, Tucher + Walther’s deliverymen ride on horseback, and sometimes even walk to customers’ houses to deliver the dragon. Kidding. 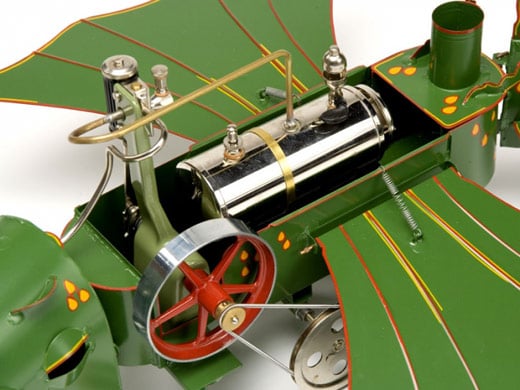 The steam powered dragon is actually a collectible – only 100 units were made. I’m sure you know the formula by now: Handmade + limited edition =  freaking expensive. The tin dragon sells for $1,500 USD. That’s right, a steam-powered piece of tin that costs more than the Wii + Xbox 360 + the PS3 + DSi +PSP combined. I’m sure your kid will like this dragon even less when you tell him that. 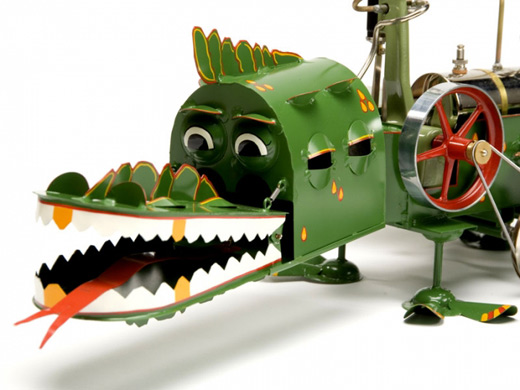 But if you’re little one is interested in mechanical stuff or if you’re into this sort of thing then go ahead, go to pucciManuli and let the dragon puff your money away.