Fight Your Way to the White House With Angry Barry

One of the latest offerings added to the Xbox Community Games lineup, Arrogancy Games’ Angry Barry is a political parody beat-em-up, and yes, that’s a word combination I never thought to use together in one sentence. As the titular Barry (yes, that one), you’re charged with smashing your way through waves of enemies in your quest for the White House. The news networks should take note: this is a throwdown. 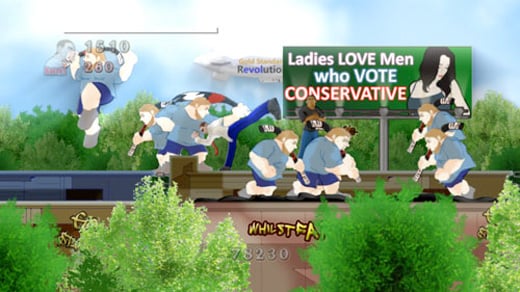 Angry Barry is a lot of game for a community games title; it features nine levels, multiplayer (you have to bring along your veep, after all), and tons of enemies just waiting for your angry fists. Better still, you can pick up just about anything and use it as a weapon.

Demonstrate your political anger and desire for change for a measly 400 Microsoft points.