MIT engineers Joe Paradiso and Yasuhiro Ono want to patent what they’re calling “Distributed Acoustic Conversation Shielding”. Yup, it’s like Get Smart’s Cone of Silence, except that it actually works. I hope. Paradiso and Ono’s acoustic shielding makes use of a network of transducers – speakers and sensors – that can distinguish the people having a conversation from those who might be eavesdropping. The transducers then cast white noise and other sounds towards the (potential) eavesdroppers, creating a “subtle masking sound at just the right level.” 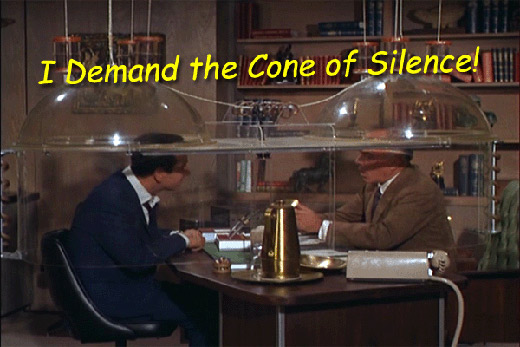 However, the technology is more like a Room of Silence, in that it requires the room to be shielded to be fitted with speakers, sensors, microphones and circuitry. In other words, the shielding will most likely be ridiculously expensive. Guess the rest of us will have to stick to murmuring by the office cooler.

[via New Scientist via The Raw Feed, image via Would You Believe]