Super Mario Bros. in the Bedroom

Artsy geek parents always produce the most awesome projects for their children’s bedrooms! Maybe it’s the fun of pixel art, but it seems there are tons of examples of geek kids’ decor around. Even so, this is a welcome addition to the ranks: an awesome Mario and Luigi dresser. 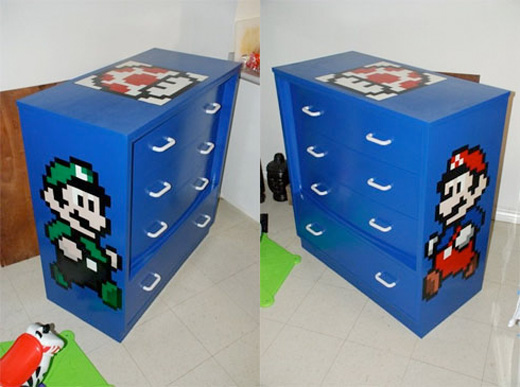 The plumbing pair looks pretty snazzy against that blue background, but the simplicity of the white handles on the undecorated front side really make this dresser stand out. This project, made lovingly by a father for his toddler son, took several months and was documented on the Sprite Stitch forums. When Semifrank began work on the dresser, he wasn’t even sure where he was going with the design. No plan, no problem–the end result turned out great. 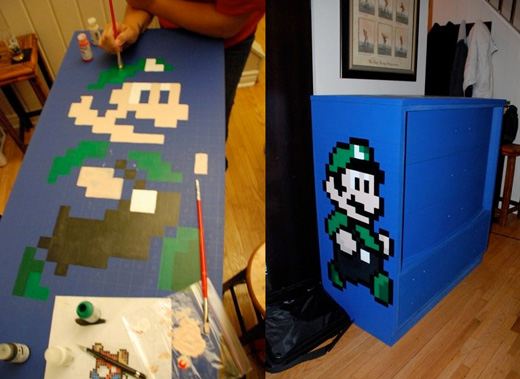 Here’s the dresser at various stages. Keeping that baby away from the project space and materials had to be fun, and by fun, I mean a potential nightmare. But the end result? Completely worth it.