Gundam Statue Being Erected in Tokyo: Why Can’T Stuff Like This Happen Where I Live?

A 1:1 scale Gundam statue is being built in Tokyo as part of the Japanese government’s quest to acquire a monopoly of geeks to commemorate the 30th anniversary of the world famous anime series. The Mainichi Daily News has pictures from the construction site in Shiokaze Park. 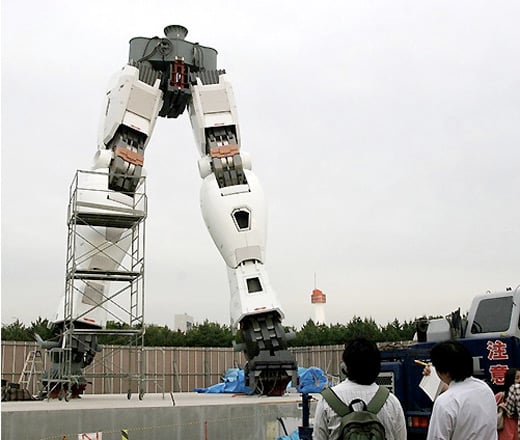 The statue is a life-size model of the RX-78-2 Gundam that appeared in the very first Gundam series, a model from which most successive Gundam designs get their iconic samurai-style appearance. 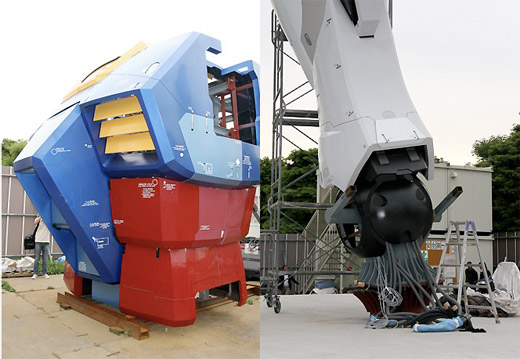 The Gundam statue is made of fiberglass-reinforced plastic over a steel frame. It will be 59 feet tall and weigh 35 tons when finished, and will “emit light or mist from 50 points of its body.” 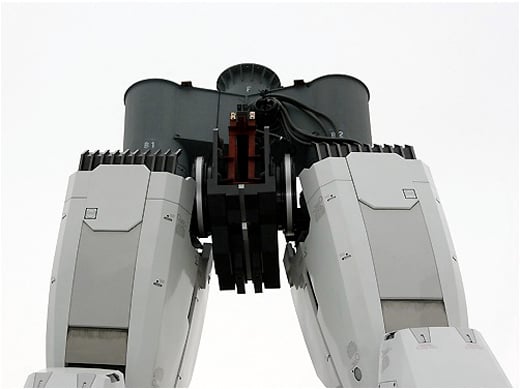 The statue will also be able to move its head, so that it can shake it in disbelief at the undoubtedly millions of otakus, fans, and devotees that will come bearing offerings, hugging it and crying at its feet, some claiming to be its long-lost children. 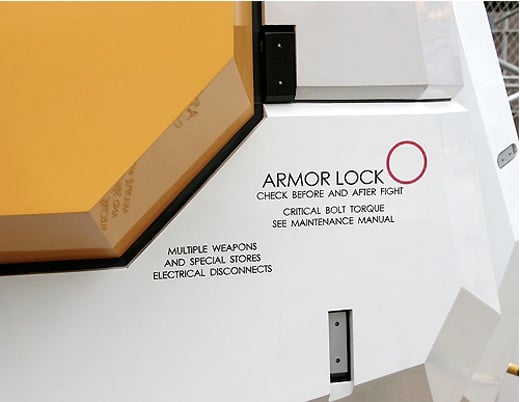 I hope to be one of those drooling man-children. I absolutely really truly must go and see this Gundam. Really. 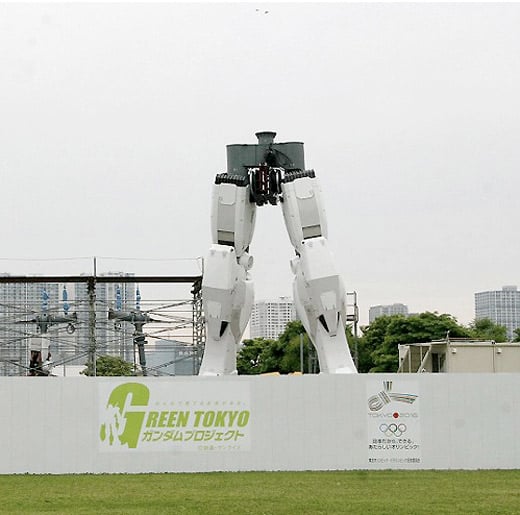 The statue will be displayed in public from July 11 to August 31, free of charge. Mark your calendars, fellow mecha freaks.