Last October, Pattie Maes had the idea of making a gesture-controlled interface similar to what was in the movie Minority Report. But unlike the interface in the movie, which was projected onto a screen and was thus stationary, Maes wanted a cheaper and portable equivalent. One that people could walk around with, projecting stuff all over the place, and interacting with the surroundings as well. Maes contacted Pranav ‘Zombie’ Mistry, and the latter came up with a prototype in just 3 weeks.

As you can see, SixthSense is made up of a camera that tracks the color-marked fingers, and a projector to display whatever relevant information the system digs up. What’s not in the picture is of course the computer itself, in this case a “mobile computing device” installed with software that analyzes the gestures and the objects captured by the camera, so that it can respond and provide the appropriate information. What sort of information? Let’s start with a little trick: if Mistry traces a small circle on his wrist using his index finger, SixthSense will project a watch onto his wrist: 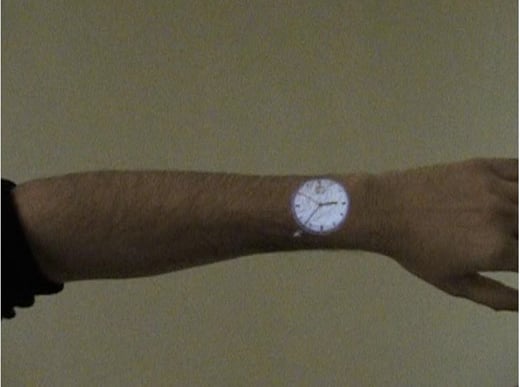 There are many other gestures that the system recognizes – drawing a magnifying glass projects a map application, while drawing the ‘@’ symbol lets the user check his/her email. SixthSense can also interact with everyday objects, like in the image below where it reveals that the flight which the user has a ticket to is delayed. 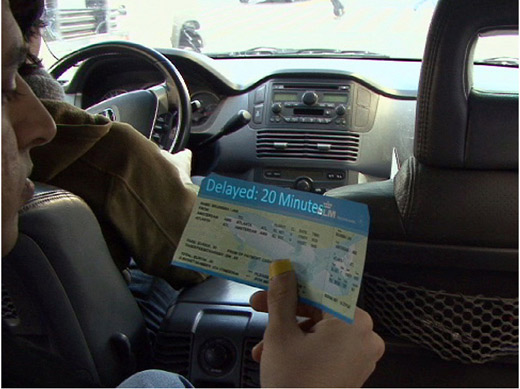 And here we see SixthSense providing Amazon’s rating for a book on the book’s cover itself: 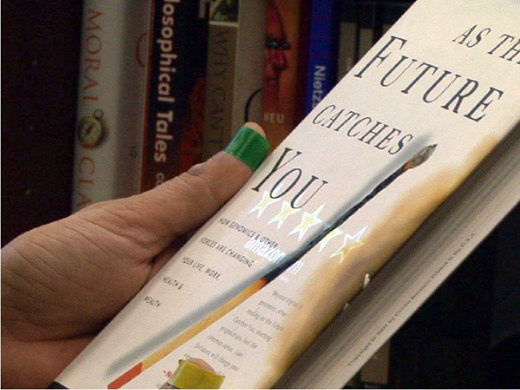 SixthSense can also pull up video from the internet: 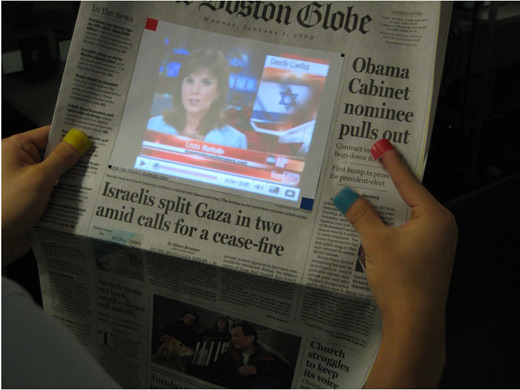 That right there is so awesome. SO AWESOME. As you can see, SixthSense is like a portable, more intuitive, multi-touch version of Google. As Pranav Mistry says on his website: “SixthSense frees information from its confines by seamlessly integrating it with reality, and thus making the entire world your computer.”

And the best part? All this automagical stuff we’ve seen was achieved on a prototype that costs only $350 USD to build. There are netbooks that are more expensive than this system. If SixthSense becomes mass-produced or integrated into computing devices, I’d imagine prices will only go south of that figure. SixthSense really has the potential to make digital information as accessible as possible, the same way that cellular phones made communication instant and affordable.