Fresh off the docks – or however gadgets are shipped from China – this slightly weird but nonetheless useful device, a HDD enclosure with a built-in media player. 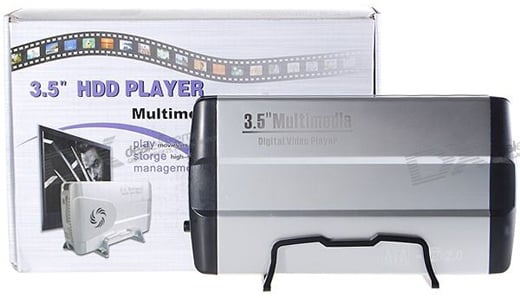 The aluminum enclosure is compatible with 3.5″ SATA drives and even has a built-in fan to ensure your hard disk stays (relatively) cool. But as I said, what’s different about this device is that it can play digital media files – cheap. Its product page says that it supports “MPEG 4 MP4 WMA WAV AAC DVD VCD MP3 CD and more AV formats and JPG.” So I guess we could call it an HTHDDE. 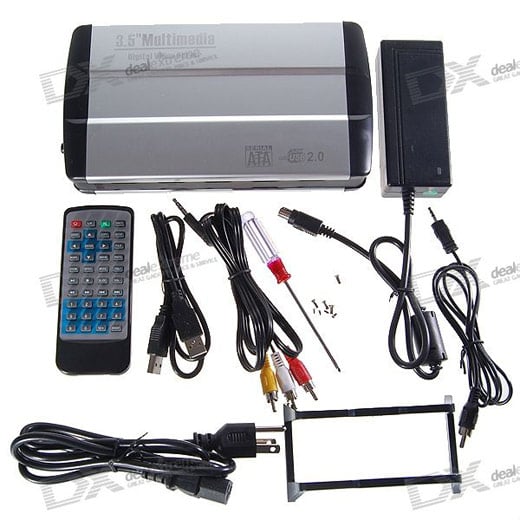 The enclosure can be connected to a TV via a component AV cable; unfortunately it doesn’t support HDMI, so no hi-def watching with this one. Once you’ve connected it to your TV, you can navigate and play your files using a remote control that comes with the enclosure. And yes, the screwdriver is included in the package. 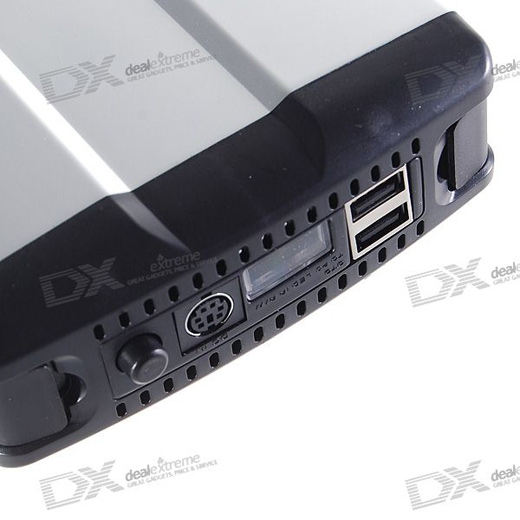 Like most other HDD enclosures, it also connects to computers via USB, but it also has a couple of USB ports built-in. Amazingly, it can also read SD and SDHC cards. This brandless box is quite the device, isn’t it? The best thing about it is that it’s dirt cheap. 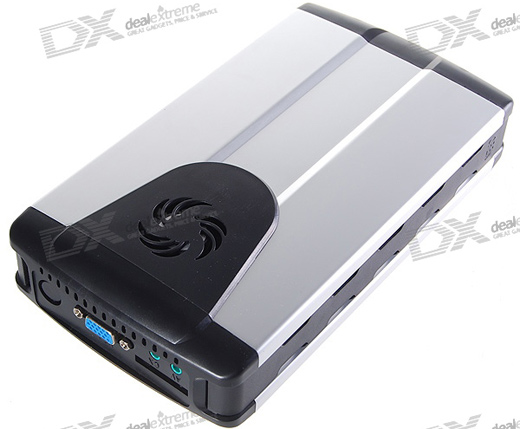 You can buy this surprisingly versatile HDD enclosure at Deal Extreme for only $33.20 USD. If you have any spare hard drives lying around just plug it in the enclosure and voila: you have a cheap Apple TV-ish device. Well it can’t record, download or stream multimedia, and there’s the lack of HDMI support, but for $33 it looks like a good buy. Although I don’t know how well its built-in media player performs. So, you know, it may not be a good buy. I don’t know. What do you think?