Win Fabulous Fake Prizes With What the?! Trivia [Xbla]

Campy, cheap experiences for groups in your living room can sometimes be hard to come by, unless someone is willing to start dancing on the table. But if you’re looking for something a little safer (for your table), a silly new trivia game is available as part of the Xbox Live Community Games lineup. 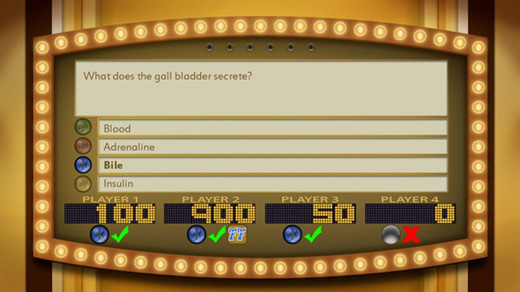 What The?! isn’t that silly with its questions, but rather with its prizes. Clean up on points and the game-you just might walk away with… a used book! Or a nylon wallet! 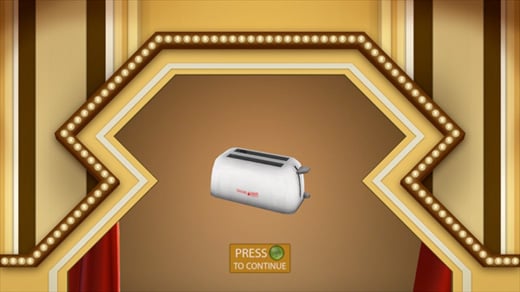 Everybody loves a nice toaster.

What The?!, which was just recently released, is available for 400 Microsoft Points. In the end, it’s just simple trivia, but if you’re already the type of person who hoards useless facts, the game’s amusing recreation of old game shows might appeal.