Camspace Turns Any Object Into a Controller

Almost a week ago, Kotaku’s Brian Crecente wrote an article regarding the re-emergence of video game peripherals, spurred on by the success of Guitar Hero, Rock Band, and of course the Wii. In the article, Wedbush Morgan Securities analyst Michael Pachter was quoted as saying, “I think the problem with all peripherals is that you have to make them reusable. They must be acceptable to be used with more than the original game.” Which makes sense really. The reason why we’re still using gamepads is precisely because they’re not made for a specific game; they’re good enough for RPGs and for platformers, and to an extent even for driving games.

But we can’t say the same about “realistic” peripherals. Imagine playing Need for Speed using a guitar controller, or Guitar Hero using a steering wheel peripheral. These specialized controllers are too specialized for their own good; it doesn’t help that they’re quite pricey. So how will the gamepad-less revolution succeed? Israel-based Cam-Trax technologies has a simple answer: let’s just make it so we can use anything as a controller. 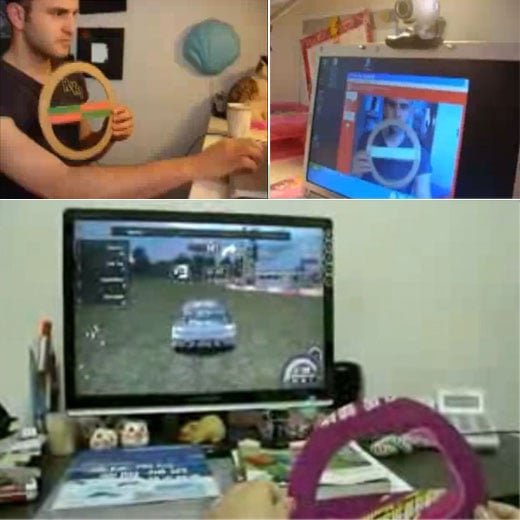 Cam-Trax is currently developing CamSpace, a computer program that allows users to use pretty much anything as a controller for PC games. The best way to understand how CamSpace works is to see it in action:

As you can see, users first “show” CamSpace the object that they want to use as a controller; once CamSpace remembers the object, you can customize the controls depending on the motion or gesture that you’ll make. Unfortunately there’s no detailed explanation on CamSpace’s interface so I can’t tell you more about that. 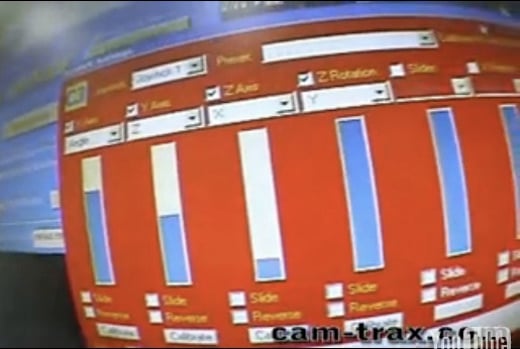 I’m guessing that the object has to be brightly and evenly colored; I think CamSpace uses the object’s color to distinguish it from its background. 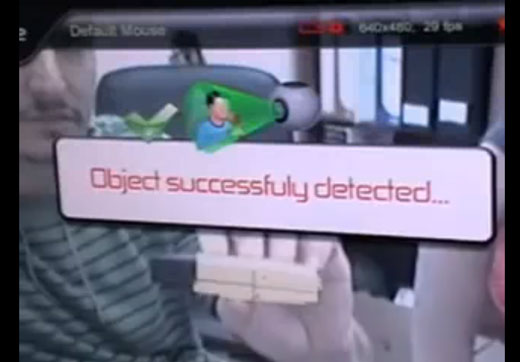 But the important thing is that Cam-Trax’ technology has the advantages of both a “realistic” peripheral and a gamepad: it’s versatile, yet you can use an object that’s more appropriately shaped or structured for the game you want to play. It’s also cost-effective: instead of buying a different controller for every game, all you need is CamSpace and a webcam.

I don’t think I can play an FPS that way; my arm would probably cramp up after 5 minutes. Anyway, I hope CamSpace becomes integrated not only in future PC games but in future console games as well. It won’t totally kill off companies that create third party peripherals because there will always be gamers who want a more sophisticated controller. But if you ask me, I’m down with using a cardboard wheel if it means saving myself a hundred bucks. Maybe in the future we can even use real instruments to play Rock Band.

CamSpace is currently Windows only; you can download it for free at their website. Remember it’s in beta, so don’t expect it to be problem-free.