While this story would automatically be ten billion times more awesome if giant Final Fantasy characters (in the flesh) took over LA using Bahamut and the combined power of zippers and hair gel, I’ve gotta say that the big posters are pretty cool in their own right. 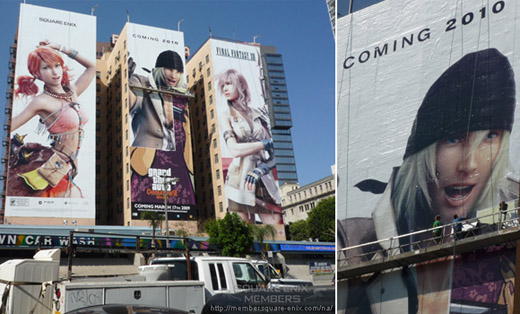 The gaming industry’s big show, E3, is about to descend upon Los Angeles, and it looks like Square Enix is pulling no punches in pushing Final Fantasy XIII. These characters are going to have thousands of hungry gamer eyes all over them for days. Looks like we really are going to see the return of the E3 that was all about showmanship (and scantily clad ladies).