Polaroid Pogo: Instant Cameras Are Back!

If you know what to do when Andre3000 tells you to shake it like a Polaroid picture, then you’re probably well acquainted with the anachronistic instant cameras from as early as the late 40’s. For the younger folks out there, instant cameras have built-in printers and use self-developing films, allowing users to print their pictures seconds after each shot. Polaroid doesn’t make film cameras anymore, but they’ve embraced other modern technologies as well to come up with the Polaroid PoGo, a digital instant camera. 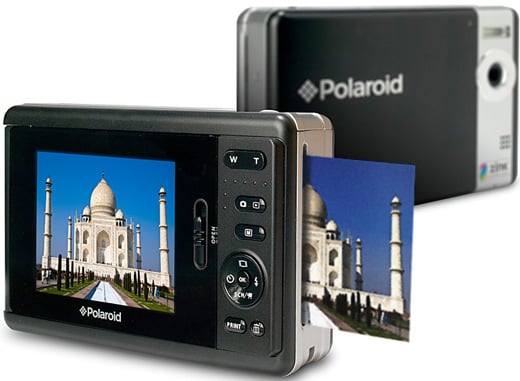 The old instant cameras could print pics on the spot, but you had no way of viewing or editing the pictures prior to printing, an option that’s all too common nowadays in digital cameras. The PoGo combines the best of both worlds, which means you can shoot, preview, re-shoot if needed, edit and then print all from the same device.The PoGo can print up to 15 pictures on a fully charged battery, but you can also transfer your shots to a computer via USB so you can view or print on your PC later. 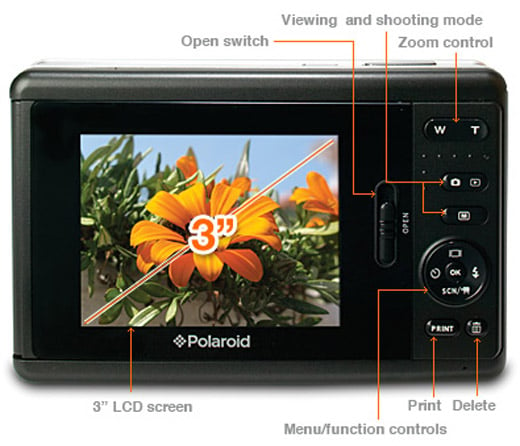 As you can see, the 5.0 megapixel PoGo is equipped with a 3.0″ LCD screen, where you can preview your photo and edit them if you wish. You can crop, remove red-eye, add borders and even print dates on your photos before you print them. It takes 40 seconds for a picture to be printed on the PoGo – not much different than waiting for a classic Polaroid to develop. 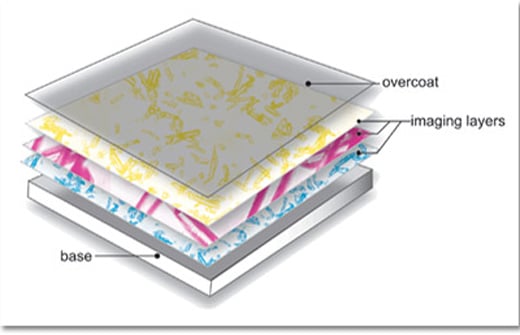 The PoGo prints pictures on a 2″x3″ heat-activated photo paper called Zink (short for Zero Ink). Zink paper is “smudge-proof, water-resistant, fade-resistant and tear-proof” and environment-friendly as well. The PoGo is available at Amazon