You know the Terminator franchise has officially jumped the shark when 1) Terminator: Salvation can get trounced at the box office by a Ben Stiller movie and 2) they start making bobble-head versions of the deadly T-600. 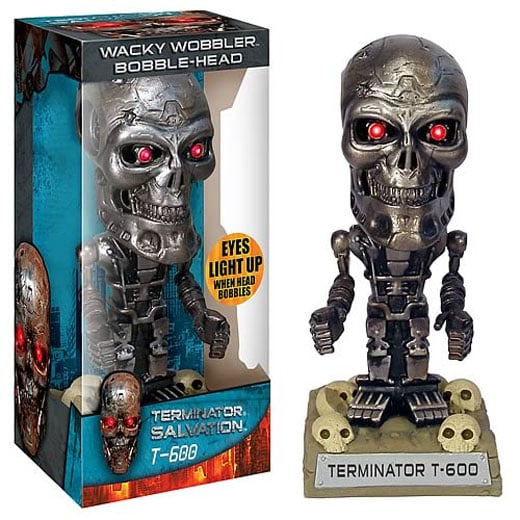 I really don’t care that its eyes glow with red LEDs just like a real Terminator. There’s just something so NOT imposing about this wacky wobbler T-600 bobble-head. “Deadly” and “wacky” don’t mix, and this is no exception.

I suppose if you absolutely have to have one of these, you can plunk down your $10.99 (USD) and grab one over at Entertaiment Earth. If James Cameron knew that these existed, I think he’d program one of his cybernetic creations to go back in time, then hunt down and terminate the people responsible for this atrocity. And then the guys who came up with A Night at The Museum 2.