Wii Set for Fragile Adventure in a Ruined World

In even more game localization news, the atmospheric adventure Fragile is set for release outside Japan. The moody title follows Seto, a young boy traversing a ruined world in search of other people–any other people. Certainly a darker theme than the anime-inspired visuals might at first evoke, but Fragile is painted in dark strokes that suit the story’s underlying despair.

The developers revealed, before the game’s release in Japan, that a great deal of effort and money went into polishing Fragile, so it isn’t altogether surprising the title is being given a chance to recoup more of that expense. But whatever the reason, gamers outside of Japan are the ones who’ll benefit here. 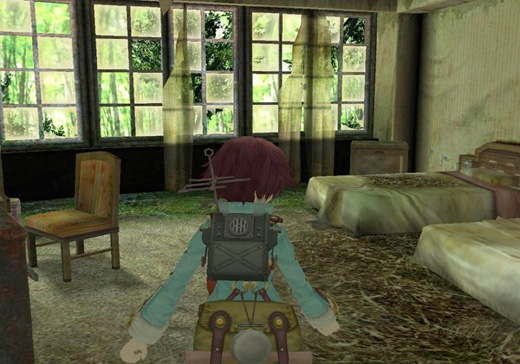 There are even rumors of a Japanese language track in addition to full English voice acting, a much-desired yet rare option for many games. But even without the original voice acting, Fragile will be a game to watch (and, uh, play).