Now if you’re a regular reader of Technabob, you know that we’ve spent more than our share of time digging up cool geeky craft over on Etsy. On a recent expedition through the massive online craft website, I came across an odd new trend – Space Invaders soaps.

Not one, not two, not three, but no less than four crafters are now making soapy versions of the  iconic retro gaming aliens. 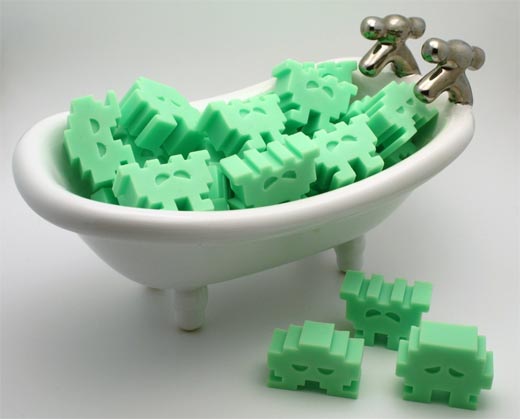 Pictured above are tiny little 1″ green invaders from CrazyKBathandBody.  And if classic green isn’t your bag, you can grab them in bright and fragrant colors like galactic grape, orbit orange, cosmic cherry and blast-off blueberry. 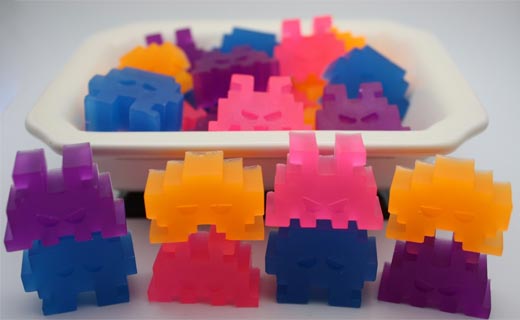 Still, none of the over 450 available fragrances smell anything like a green space alien. If you’re looking for something a little more politically correct, you might want to check out these vegan invaders from DirtyAssSoaps (I would imagine after you use these, you should have a CleanAss, no?) 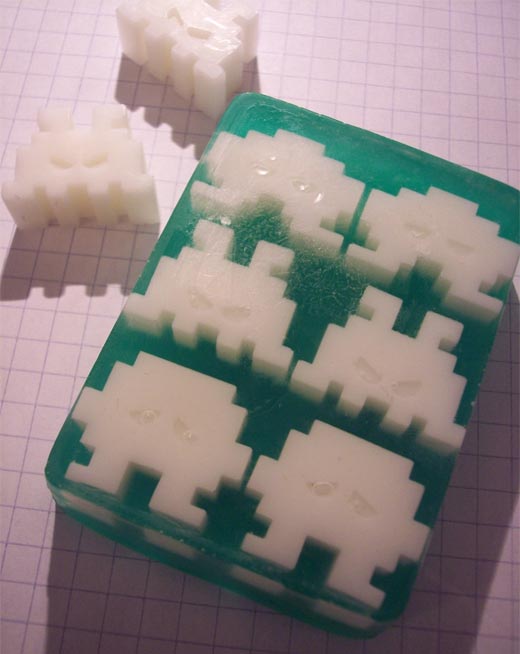 Makers of amazing video game controller soaps, Digitalsoaps has even jumped on the Invaders soap bandwagon with these colorful jeweltone aliens. 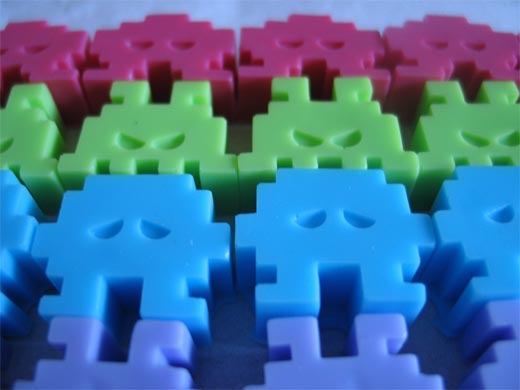 Last but not least are BunnyBubble’s invaders, who come entombed inside of a clear soap bar, and feature a delightful grapefruit scent. I wonder if the invaders inside the bar survive as the clear part melts away, or if they die a slimy mushy death as you work your way through the soap. 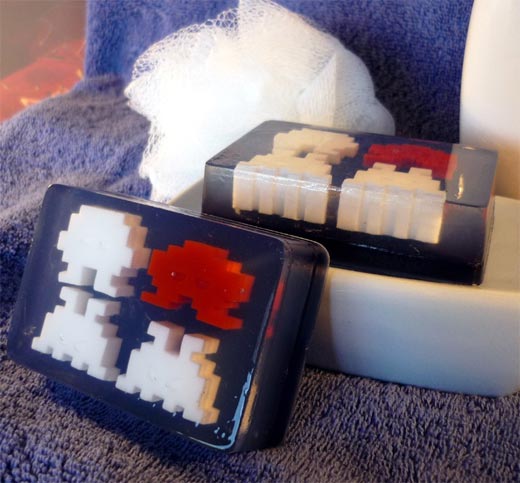 Of course, with thousands of new listings each day over on Etsy, you should probably just run a search, and you’ll turn up new Space Invaders on your soap mission. Next up, Tetris.